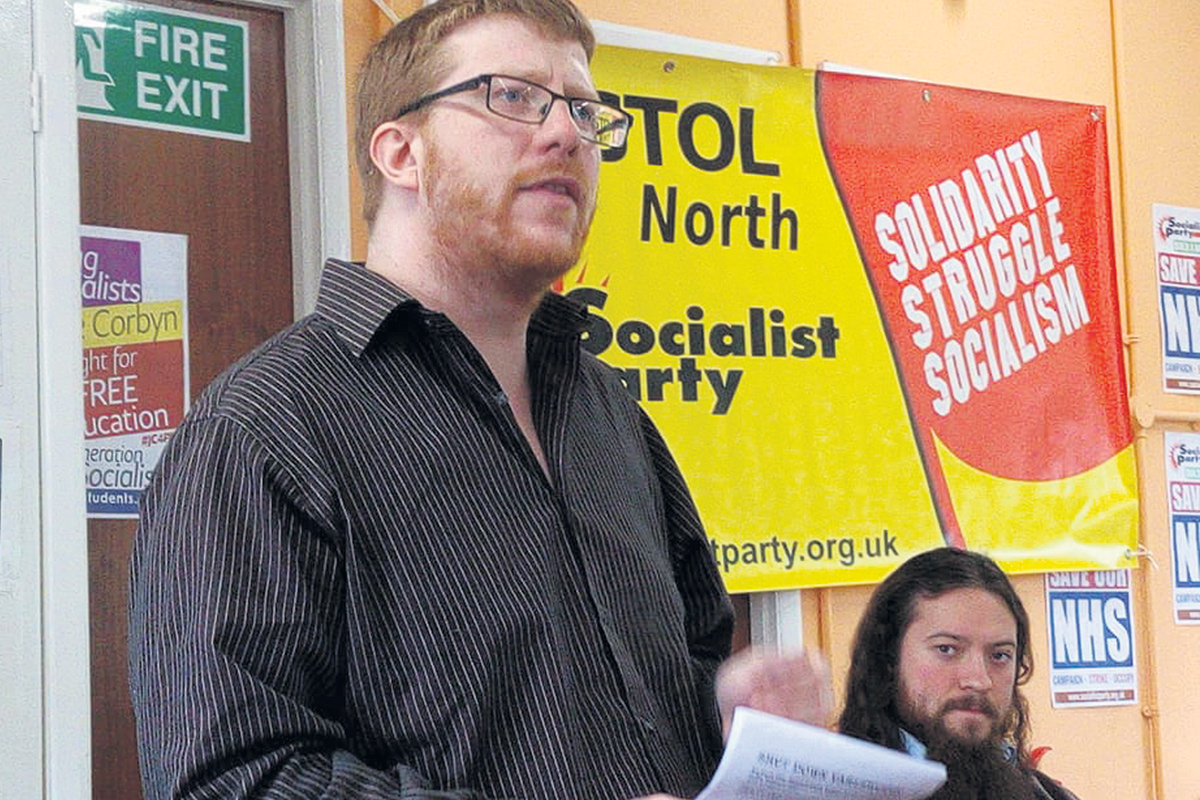 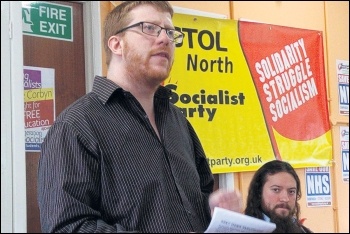 Almost 50 members of the Socialist Party from across the South West attended our highly successful regional conference on 7 April, including members from areas where we’ve never had representation before.

Socialist Party national organiser Sarah Sachs-Eldridge began the conference with a detailed analysis of the current state of international relations, highlighting capitalism’s intractable crises in the Middle East and elsewhere and the paralysis that grips the world’s rich rulers.

She moved on to sketch out the political and social events unfolding in Britain. In the lively discussion members commented at length about the sharpened nature of the struggle in workplaces as bosses seek, by increasingly brutal methods, to beat back past gains made by organised workers.

A young member from Devon made the point that despite these assaults, workers are prepared to fight back and become organised across many sectors, as we have seen through the recent UCU strike which has boosted workplace confidence across the public and private sectors.

Much of the discussion revolved around developments in the Labour party, with Domenico Hill and others warning of the potential perils facing a future Corbyn-led government if it doesn’t have a programme which fundamentally tackles capitalism. 35 years of brutal neoliberalism will not be unwound by a desire to restore ‘fairness’, but by the implementation of socialist policies that take into public ownership under workers’ control and management, all the major monopolies, including the banks.

In the discussion on building the Socialist Party, I pointed to the many campaigns that our energetic members have been involved in. These include providing the only effective opposition to Labour’s local government cuts in Bristol, organising successful protests against the bedroom tax and benefit cuts in Gloucestershire and initiating a campaign against NHS privatisation and cuts in Torbay. There our branch has grown to 16 members in an area more commonly associated as being the English Riviera, but where the scars of poverty are increasingly pronounced.

Successful and lively workshops around selling the Socialist, organising to recruit and integrate more women members and building our forces among young workers and students saw almost everybody join in, a sign that regional teams are beginning to be built that can take our work to the next level.

An army needs first of all a correct strategy and battle plan. But it also marches on its stomach and thanks to the fantastic catering provided by Beverley and the Gloucestershire mobile food crew, we amply fulfilled that requirement too, netting over £100 in profit. This was the ‘icing on the cake’ after an amazing fighting fund collection of £1,400 and another £3,110 secured for the building fund, taking our pledges to over £18,000.