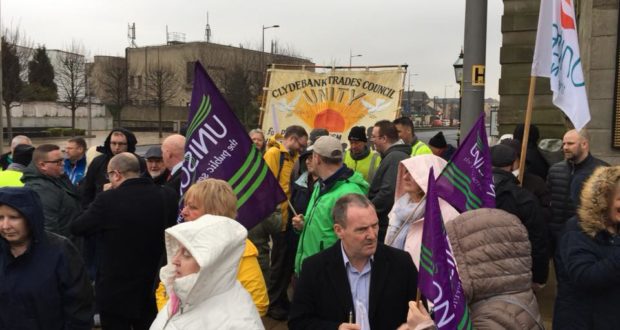 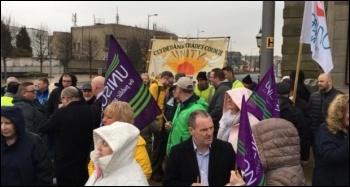 The Scottish National Party (SNP) administration in West Dunbartonshire has reversed cuts to trade union convenors and union facility time. This climbdown is a victory for the trade unions and local communities.

Instead of the proposed cut to two convenors, they say they will now retain the full three and a half.

This retreat comes after a mass campaign was mobilised against a budget that detailed not only this attack to trade unions but a swathe of other cuts. These cuts still need to be fought.

A public meeting which attracted a huge crowd, with speakers including from Unite, and Socialist Party Scotland, saw workers make clear their anger at the cuts and their willingness to go to ballot for strike action if necessary.

This is a really significant win and shows what can be achieved when workers and the community take action to fight the cuts.