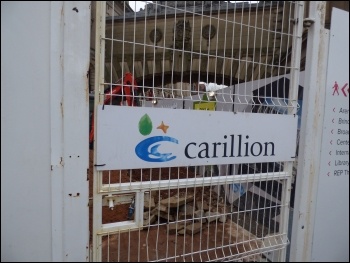 The collapse of the building giant Carillion may have caused chaos, but it hasn't been bad for everyone involved. It transpires that some are set to benefit from the company's liquidation. Accountancy firms and lawyers will be making a killing, raking in some £70 million in fees. And who's footing the bill for the disaster? Taxpayers, that's who, to the tune of an eyewatering £150 million.

Despite this there are projects that have ground to a halt. Disgracefully, in the middle of the ongoing NHS crisis, construction of Royal Liverpool University and Birmingham's Midland Metropolitan hospitals are on hold.

Accountancy firm PricewaterhouseCoopers (PwC) has already earned £17 million in fees for advising Carillion over the past decade. Given the outcome you could hardly say that this was money well spent! Yet having advised the company to the point of failure, PwC is now expected to earn a further £50 million for managing the insolvency. Another £20 million of the costs will be pocketed by lawyers.

Carillion's senior bosses have emerged unscathed, managing to hang onto their huge bonuses. It's a different story for the 2,332 workers who have been made redundant. And there are 3,000 staff still working for the remnants of the company whose jobs are hanging in the balance.

All of this highlights the problems that arise through privatisation and outsourcing, and the need to fight for nationalisation and democratic socialist planning of the economy.

The Carillion fiasco has been described as "disaster capitalism". It's certainly not been a disaster for the companies who've been able to turn the misery and insecurity of workers into a quick buck. For ordinary people who struggle to make ends meet on a daily basis, the profit-driven system can't be described as anything other than disastrous.