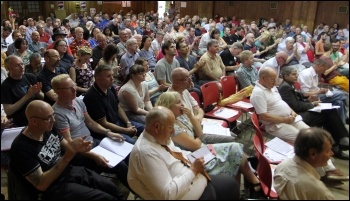 Unite the Union has agreed to affiliate to the National Shop Stewards Network (NSSN). The NSSN already had affiliations from a number of Unite branches.

The affiliation originated from a motion moved by a London bus driver, Moe, at Unite's last policy conference. The NSSN has supported the many strikes and disputes by Unite and will continue to work alongside Unite in building solidarity for the union and its members.

The attendance fee is £6 and it is open to all trade union and anti-cuts campaigners.