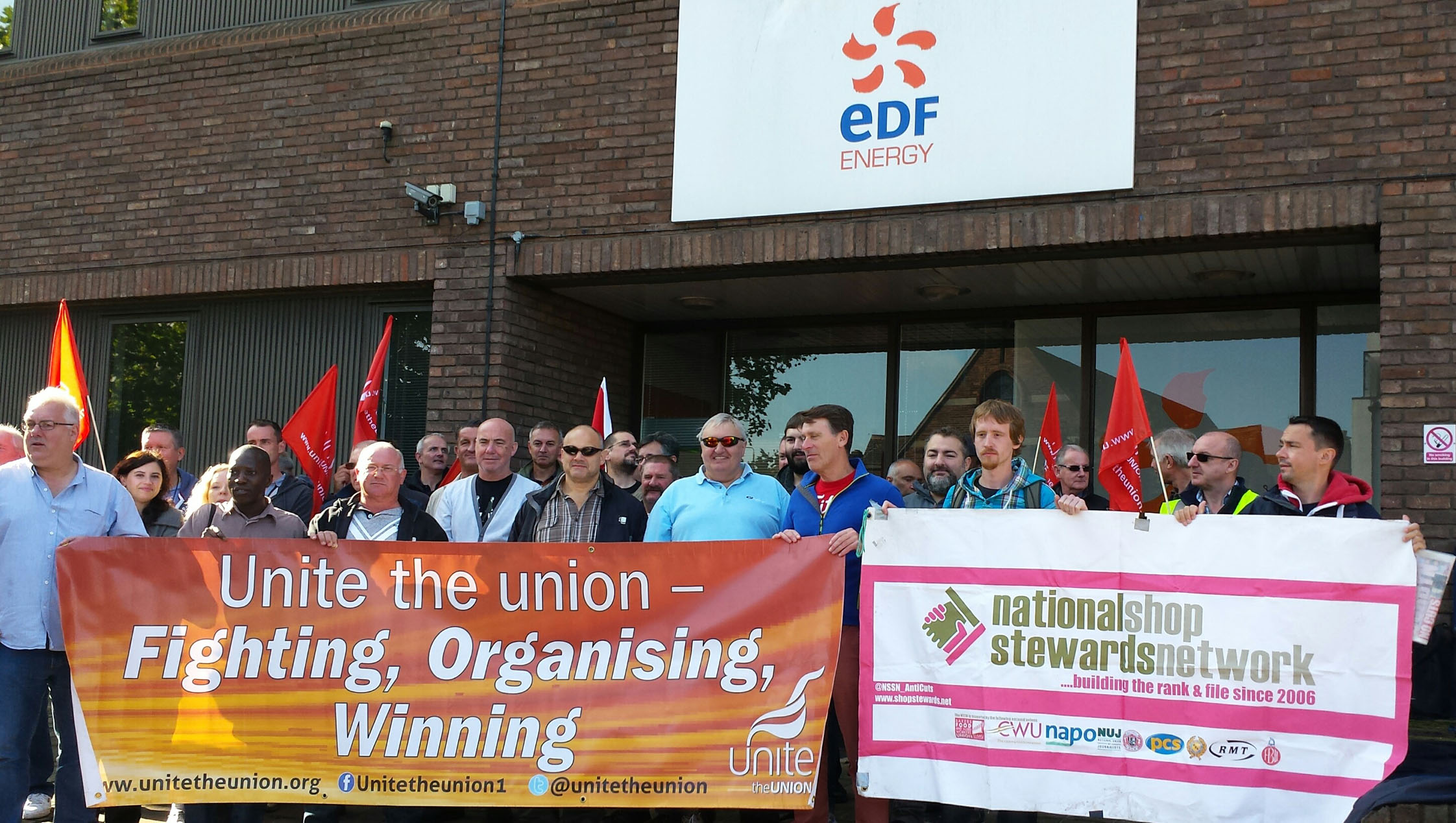 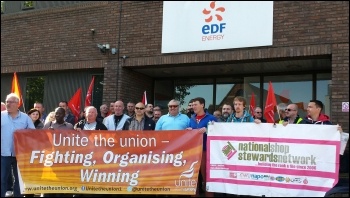 Unite the Union members employed by EDF Energy in its metering and debt sections in south London, and the South East and South West regions, have won a huge victory in a long-running battle over the introduction of tracker devices in vehicles. Members have just voted to accept the wording of an agreement which represents a significant win through industrial action.

Unite members took eight days of strike action. Shamefully the GMB, Unison and Prospect trade unions refused to ballot, stating it was too early to do so and that they would engage in negotiation instead. GMB claimed that it had secured a guarantee that the evidence from the tracker system would not be used in any disciplinary process.

However, as is often the case when employers smell weakness, the employer swiftly denied any such agreement. While the GMB responded with angry words, the union did not follow those words up with a strike ballot. Instead it was left to Unite members to do the heavy lifting.

This dispute is important because capitalism’s automation agenda also includes increased surveillance of workers. More and more workers who drive as part of their role are now subject to tracker surveillance. Therefore this win should be seen as an example for how to fight back against an increasing surveillance and monitoring culture.

The agreement means that the system that will be implemented, referred to as telematics, will only monitor driving for safety purposes. No tracker system will be in operation at all – meaning that the industrial win surpassed the verbal promise given to the GMB.