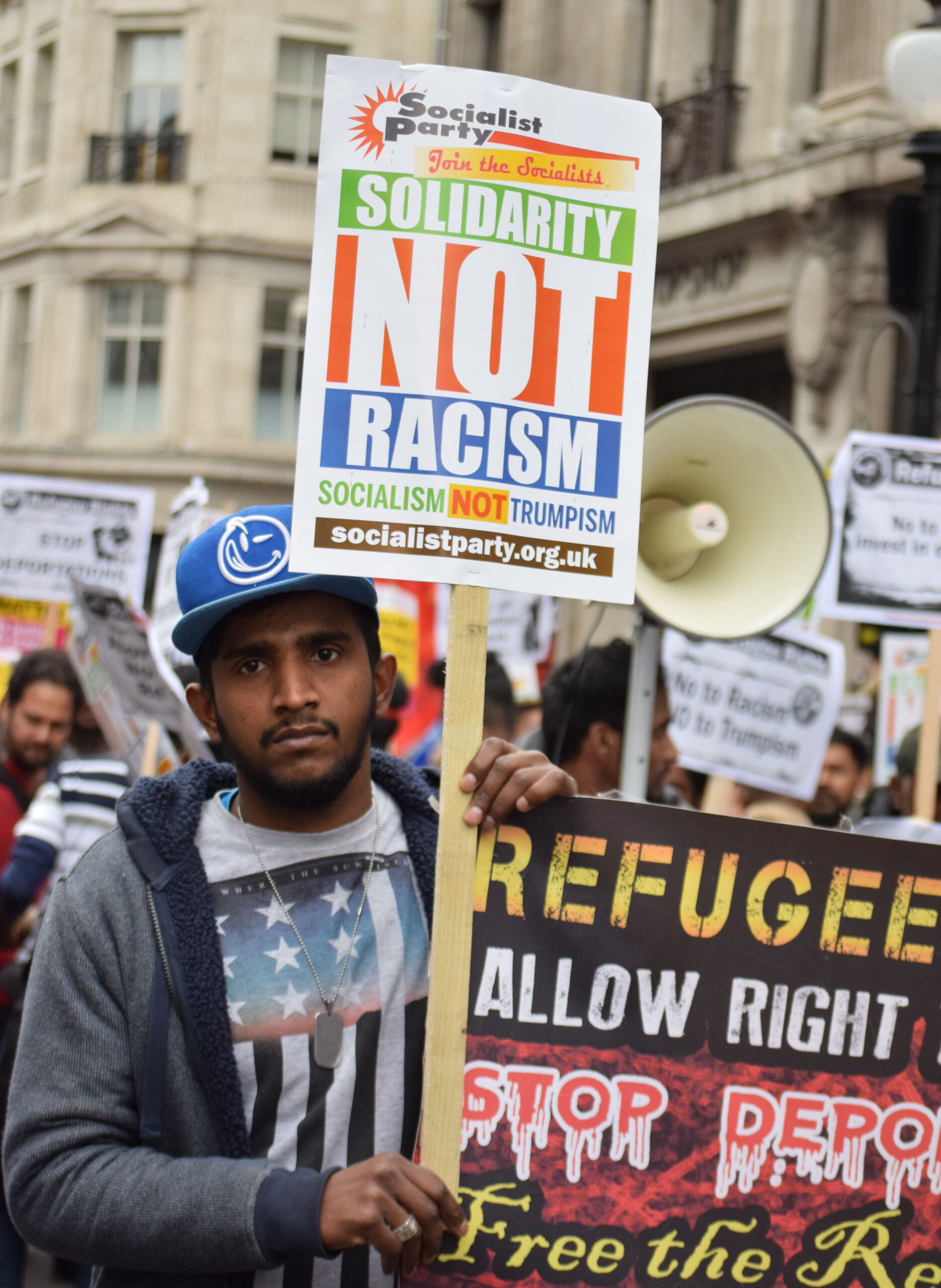 Corbyn and unions can halt right populism by leading fight

Boris Johnson’s attack on Muslim women who wear the burqa – comparing them to “letterboxes” and “bank robbers” – is a sexist, dehumanising comment, with racism at its root.

The former foreign secretary is known for his divisive, bigoted rhetoric. But his latest remarks further expose the racism that is rife within the Tory party.

The Tory party is weak and divided – fundamentally on Brexit, but more widely on a number of issues. The only thing they agree on at the moment is that Jeremy Corbyn must not enter government, so they join the Blairites’ attacks on Corbyn’s alleged antisemitism (see editorial, p2-3).

Yet the Tories ignore the far wider problem of racism – including anti-Muslim and antisemitic attacks – within their own party!

Sayeeda Warsi, the Conservative Party’s former chair, said she spent more than two years trying and failing to get her successors, and Theresa May, to engage with the problem. The Muslim Council of Britain claims there are “more than weekly” incidents in the party.

The anti-Muslim hate-crime monitoring group Tell Mama has reported a spike in abuse against Muslim women since Johnson’s Telegraph column appeared. His comments have emboldened a small number of right-wing, racist thugs to carry out these attacks.

The fact that he continues to defend his comments, and refuses to apologise, shows this was not just a throwaway comment. It was a calculated step towards building a right-populist support base.

Johnson has been sure to cover his bases, of course. He may be attempting to build support among sympathisers of racist or far-right groups, but his attacks on Muslim women were actually made while opposing a ban on the veil.

However, the divisions in the Tories are deep. Leave EU, a right-wing pro-Brexit group, is even asking supporters to become Tory members to back Johnson.

The future leadership of the Tory party – even its continuation as one party – is in question. It is clear that Boris is positioning himself as a leader.

Jeremy Corbyn and the trade union leaders have the power to cut across any growth of the racist right. To do so, they must adopt a bold, socialist programme which can really transform working class lives.

And they must lead a fight to get rid of all the Tories – both those in government, and the Blairites in Labour’s own ranks – right now.