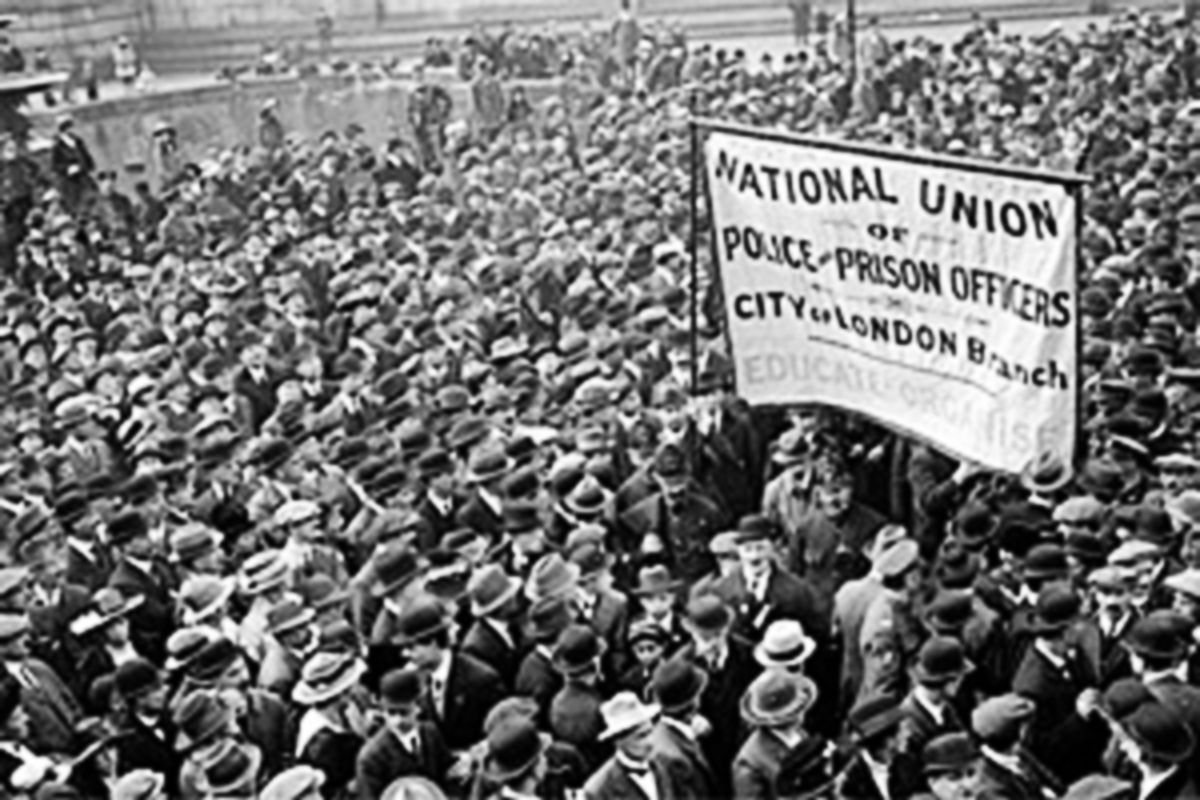 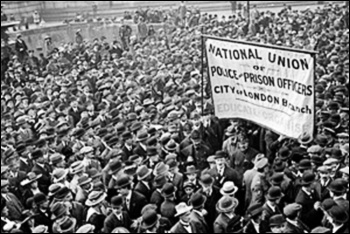 Police officers on strike in 1918   (Click to enlarge: opens in new window)

Nothing terrified the ruling class as much as the thought that the very ‘armed bodies of men’ making up part of their state machine – the police and army – could become infected with the revolutionary malady. But this was the very real prospect in the wake of the Russian Revolution of 1917. It led the then prime minister, David Lloyd George, to declare the country was ‘at no time nearer to Bolshevism’.

This was brought to a head as those at the tops of the Metropolitan Police began to try and repress the union and its agitation by victimising its organisers. A prominent case was of Sergeant Tommy Thiel, the NUPPO organiser responsible for making links with police forces outside London. His victimisation provided the spark for the union to make demands not only for Thiel’s reinstatement, but for a pay rise, an increased war bonus and the recognition of the union.

The strike caught the government off guard. Believing their own propaganda claiming that police officers had nothing to complain about, the key officials in the Metropolitan Police and the Home Office were out of London on Thursday 29 August 1918 – the evening NUPPO held a mass rally and put out the call to strike.

When a delegation from the union met with Lloyd George, he granted them the bulk of their demands, including Thiel’s reinstatement, guarantees against victimisation for union membership, and an immediate pay rise.

But on the issue of recognising the union, he resorted to a subtle trick, claiming he couldn’t recognise a union for the police in wartime. This was naively understood by the NUPPO leadership as meaning that once the war was over they would be recognised.

In truth, it was a measure – much like the nine-month subsidy to the coal industry – granted with the aim of giving the government breathing space to prepare to crush a general strike. Lloyd George certainly wasted no time in making preparations to break the union, appointing General Sir Nevil Macready, who had commanded troops during strikes in the 1910-14 ‘Great Unrest’.