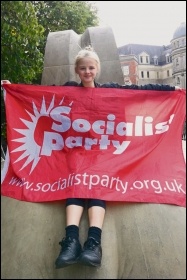 Young Socialists out in Birmingham 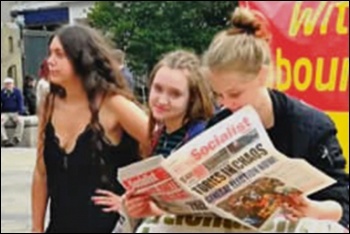 Reading the Socialist in Birmingham, photo by Corinthia Ward   (Click to enlarge)