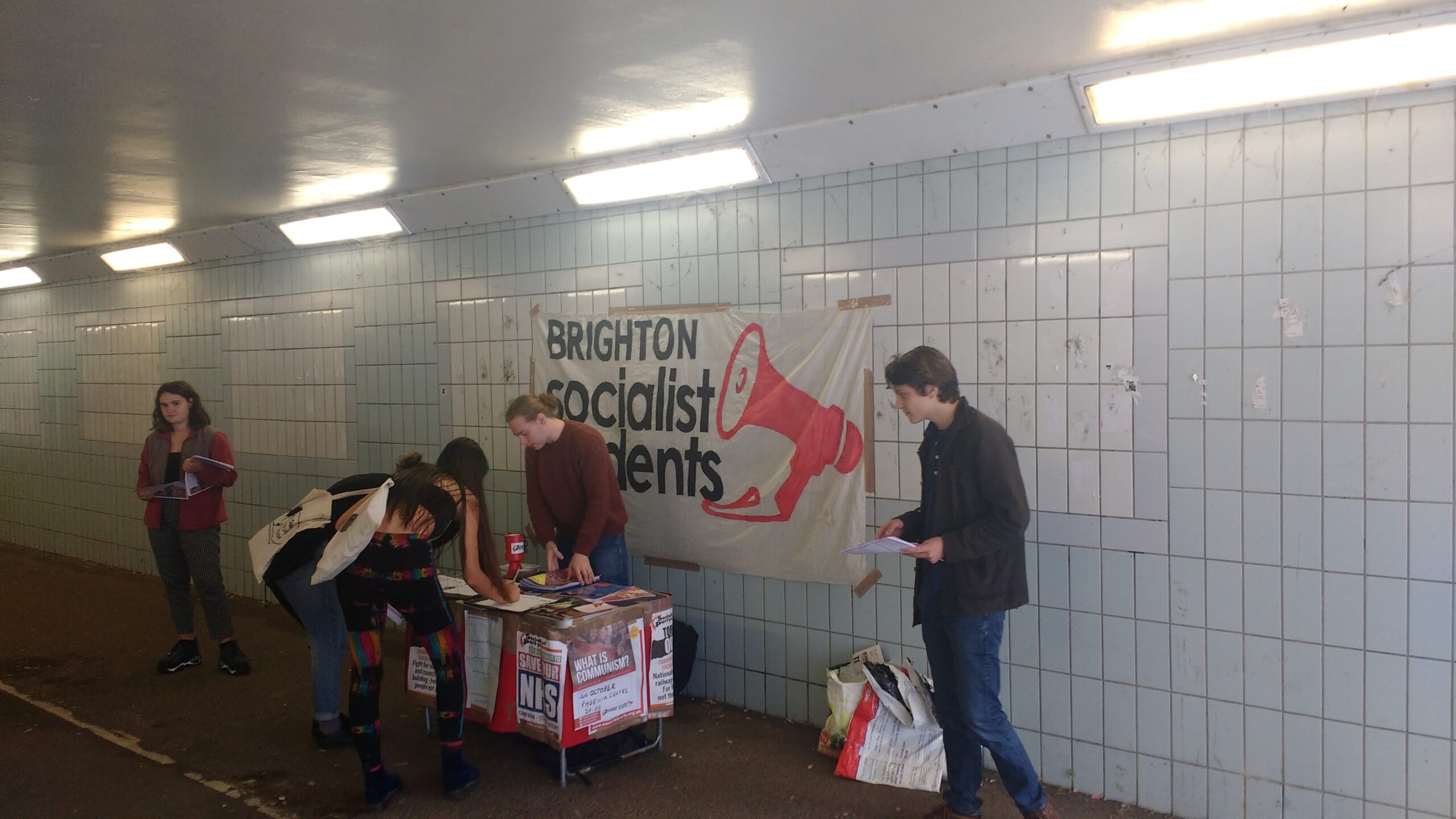 Socialist Students, along with Socialist Party members, have been engaging with students at this year’s freshers fairs on a wide range of issues – how to build a movement to scrap tuition fees; how to link up students and workers to bring down the Tories; as well as explaining our broader socialist ideas. Below we carry a small selection of reports of these activities. More reports will be carried in future issues of the Socialist.

Over three days, Socialist Students in Manchester held regular campaign stalls. Our demand – “Kick out the Tories” – resonated with many students who link May’s government to a rise in poverty pay, insecure work and skyrocketing student debt.

One of our meetings was titled ‘What is communism?’ As well as continuing to feed the myth that dictatorial Stalinist regimes represent ‘socialism’ or ‘communism’, since the collapse of the Soviet Union, people have been fed the myth that the ideas of Marx and Engels are irrelevant in the 21st century. Our experience shows that young people are coming to see through the lies. Our generation is rediscovering Marxism, and Socialist Students is playing a leading role in that.

Our ‘Kick out the Tories’ leaflets drew lots of positive comments from students, showing a keenness to see an end to this weak government of austerity.

Despite a deluge of rain before our ‘What is Socialism?’ meeting was due to start, several freshers braved the weather to find out more about getting active in Socialist Students.

Winchester University freshers fair took place during a downpour. But that didn’t stop Socialist Students making its mark in winning new, but drenched, students into our ranks.

I stood outside the entrance to the building containing the major political societies. There isn’t an established Socialist Students group, but this is soon to change given the immensely positive response to our leaflets from students.

Unfortunately the rain made it difficult for students to stop and discuss. But nonetheless, six Megaphone magazines were sold and new contacts made! Chants of “Kick out the Tories,” “Save our NHS from Tory privatisation,” and “Destroy student debt!” were very popular. A personal highlight was shouting “Save our NHS, Tories out!” to local Tory MP Steve Brine’s face! 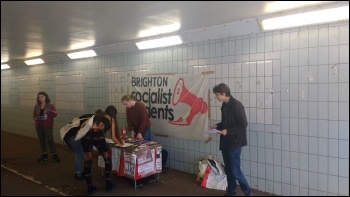 Students from Brighton and Sussex had a successful stall at this year’s Sussex University freshers fair. With a growing presence at both local universities, we were able to turn up in greater numbers than ever before.

Students were enthused by our petition to kick out the Tories, and others stopped to ask us about socialism. Several put their details down to help us re-affiliate to the students’ union this year.

No surprise there was interest in our stall at Portsmouth Freshers Fair, we were the only ones saying “Kick out the Tories!” and demanding an immediate general election to ensure tuition fees are scrapped and a socialist anti-austerity alternative is built. Our meeting after the fair discussed that and other questions like Brexit. Portsmouth Socialist Students is up and running and ready to play its part in the downfall of Maybot and the Tories.