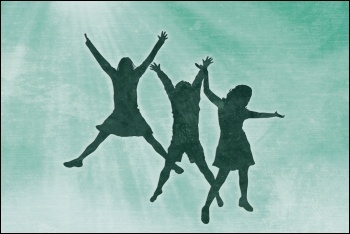 There are many factors that cause mental illness, but the present epidemic has capitalism and austerity at its heart   (Click to enlarge)

Stigma around mental health is decreasing, and that's definitely a good thing. But it's not nearly enough when services are being cut to the bone and most of us have been left without crucial lifelines.

It's not an exaggeration - people are dying because of the mental health crisis. It's led to such a drastic rise in suicides that the Tories were forced to appoint a new minister on World Mental Health Day to deal with the emergency.

Suicide prevention minister Jackie Doyle-Price has backed cuts which have decimated local services, including mental health support. Doyle-Price has also consistently voted to attack welfare - 91 times according to website They Work For You.

The link between benefit cuts and mental health problems has been well documented.

The Tories hope they can distract people from their role in exacerbating - even causing - this crisis.

Cuts and privatisation in the NHS have smashed counselling and support services. It's standard for people to wait months or even years to access crucial therapy.

Plenty are bounced around different services, each with very specific requirements designed to limit the number who try to access them.

Encouraging people to talk about their experiences is just one part. We need resources to educate people about the symptoms of mental illness, so they can recognise it in themselves and seek support.

Take obsessive-compulsive disorder (OCD) for example. How is someone supposed to recognise actual OCD symptoms - terrible intrusive thoughts and anxiety - when they're consistently told it's just about being clean and tidy?

We can't rely on charities to spread awareness and understanding of mental illness. It has to be a public service.

For that to happen, austerity must end.

I wake up at 7am. No time to eat. No need to rush for the commute. I'm already at work.

I didn't sleep more than three hours because of residents waking up in the night and a no expense spared sofa bed from nineteen eighty something. It's me and 12 mental health care home residents to look after for the next six hours.

I work two 24-hour shifts a week on top of normal hours. I've already been at work since 1pm the previous day and since 5pm on my own.

I have to juggle medication, paperwork, health and safety inspections, financial admin, and more paperwork. Meanwhile, I somehow have to find time to engage with the complex lives of the residents. There's not much time to be emotionally supportive when you're running a care home on your own.

Often when I'm nearing the end of the shift, someone will come to me in a desperate emotional state. I'm usually so tired by this point I barely have the energy.

My main client has serious anger management issues relating to his psychosis. In 12 months here I haven't had any training on de-escalation or challenging behaviour.

Over half my pay goes on rent. I get a paltry £30 to 'sleepover' - there is no hourly rate for that time.

The residents here will see a mental health clinician once every four to six months. This is nothing more than lip service.

The cuts are the real burning injustice

Poverty and poor access to services are major triggers for some mental illnesses.

New research also indicates that women who are subject to sexual assault, domestic violence and harassment are more likely to suffer anxiety and depression.

Our society, our government in particular, is failing people. The answer is to throw out this Tory government and its neoliberal capitalist ideology and fight for a socialist society that puts people's mental and physical health at the centre.