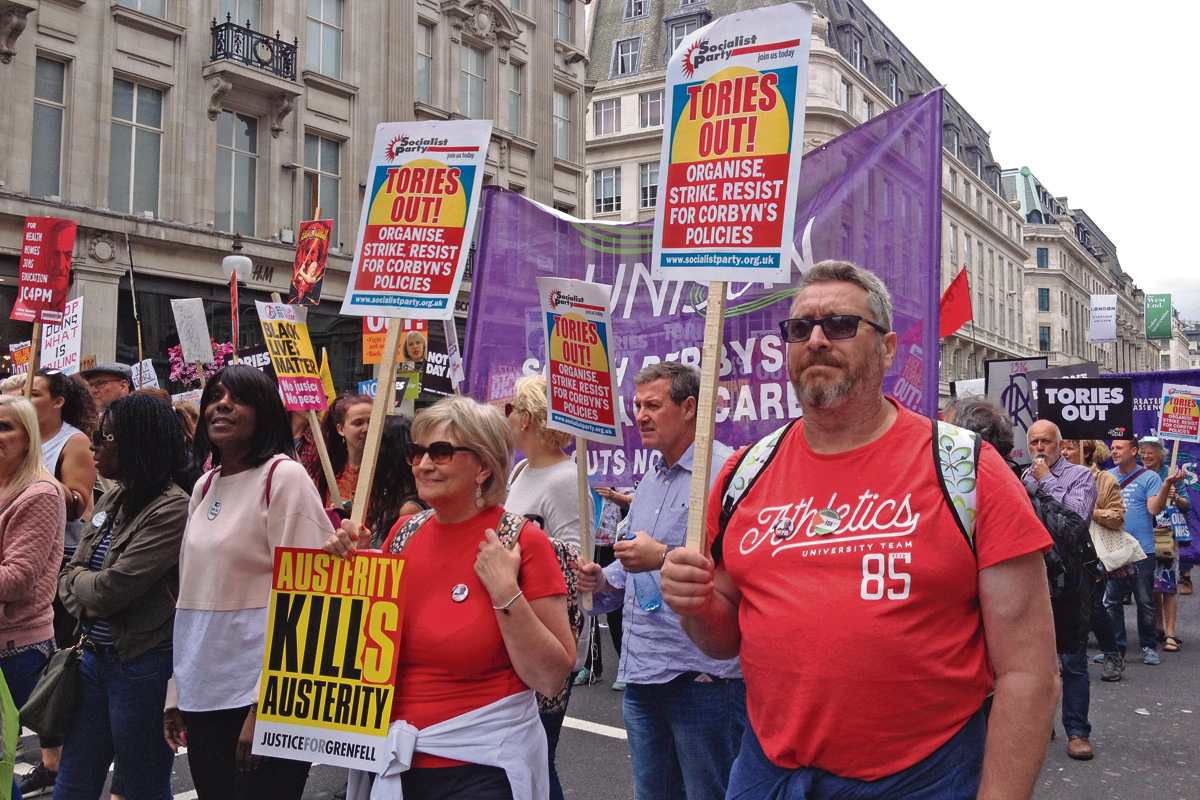 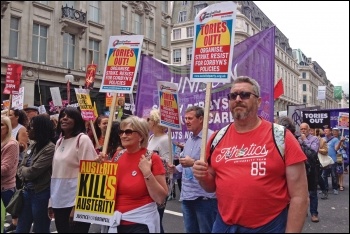 Universal credit is the latest in a series of general attacks on the working class causing mass anger, photo by Judy Beishon   (Click to enlarge: opens in new window)

Hapless Prime Minister Theresa May, at the recent Tory party conference, threw a bone to the public by declaring ‘the end of austerity is in sight’. If you’re on the receiving end of Universal Credit (UC) it probably feels like you’ll need to use the Hubble telescope!

This mean-minded, vindictive ‘reform’ is being rolled out across the country with the pledge that more benefit claimants will be better off. Yet researchers for Policy in Practice found that millions of households will have their benefits cut by an average of £52 a week – the difference between having a roof over your head or living on the streets. For disabled claimants the average loss rises to £76 a week.

Feeling the hot breath of public anger on their necks, the Tories have partially retreated by delaying its full roll-out and by cushioned ‘transitional arrangements’ – but they haven’t yet scrapped it.

Of course, this government (and previous ones) didn’t delay in handing over billions and billions of pounds to the failed bankers to keep them luxuriating in their super-rich lifestyles.

It’s because of the universal blight of low pay and soaring rents. In other words, the public purse is being used to subsidise scrooge bosses and rip-off landlords.

To end this nonsense we need to boot out the Tories and make the tax-dodging companies pay up. And if they won’t, then a Corbyn government should nationalise them.