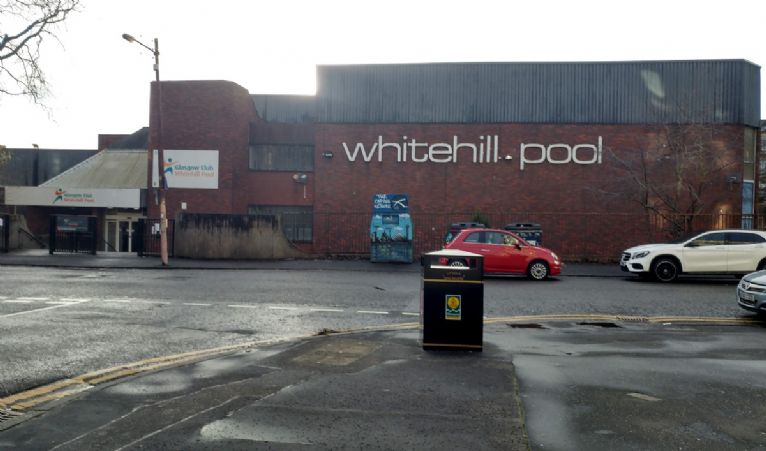 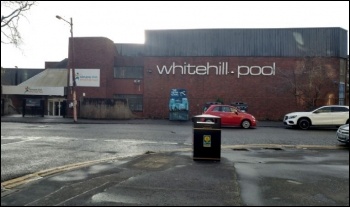 Glasgow’s persistent health crisis, with low life expectancies in many of the areas where the closures are mooted, will also be exacerbated. Massive housing schemes like Drumchapel will lose their only gym.

The meeting was mobilised for at short notice over the holiday period, with service users, including the Whitehill Swimming Club and disabled children’s groups, spreading the word.

However, it reached a pitch when SNP councillor Allan Casey refused to commit to voting against the closure and defended the decision to make huge cuts in Glasgow – saying his hands were tied by the Tories in Westminster.

Kim Long from the Greens added to people’s anger by saying she used the gym personally but that she couldn’t promise she would vote against all cuts. Last year the SNP administration passed a cuts budget with the support of the Greens.

I gave support from the PCS union National Executive Committee, and called on the meeting to mobilise for the anti-cuts/equal pay strikers‘ demonstration called by the joint council trade unions on 24 January.

Eric asked, to huge applause, when were the councillors going to refuse to implement Tory cuts? In contrast he gave the example of the Liverpool socialist council’s successful struggle against Thatcher’s cuts in the 1980s.

Socialist Party Scotland will be campaigning against the cuts in Dennistoun and is urging people to lobby the local councillors’ surgeries and campaigners to organise a massive fightback.