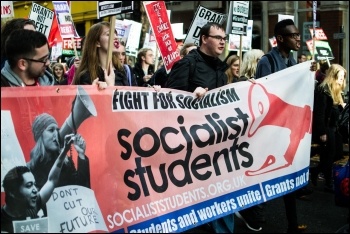 We had a speaker from the union who gave an overview of the reasons for the ballot and what a 'Yes' and 'Yes' vote (for refusal to mark work and strike action, respectively) would mean. The event had a good attendance and it was agreed that a 'Lincoln Students Support the Lecturers' group should be formed to support lecturers and to increase the understanding of the students as to why it is important, and to support during the strikes should they occur.

A date has been set for the first round of leafleting and there is an enthusiasm among the group that we can grow the solidarity group and, hopefully, in turn grow the membership of Socialist Students.