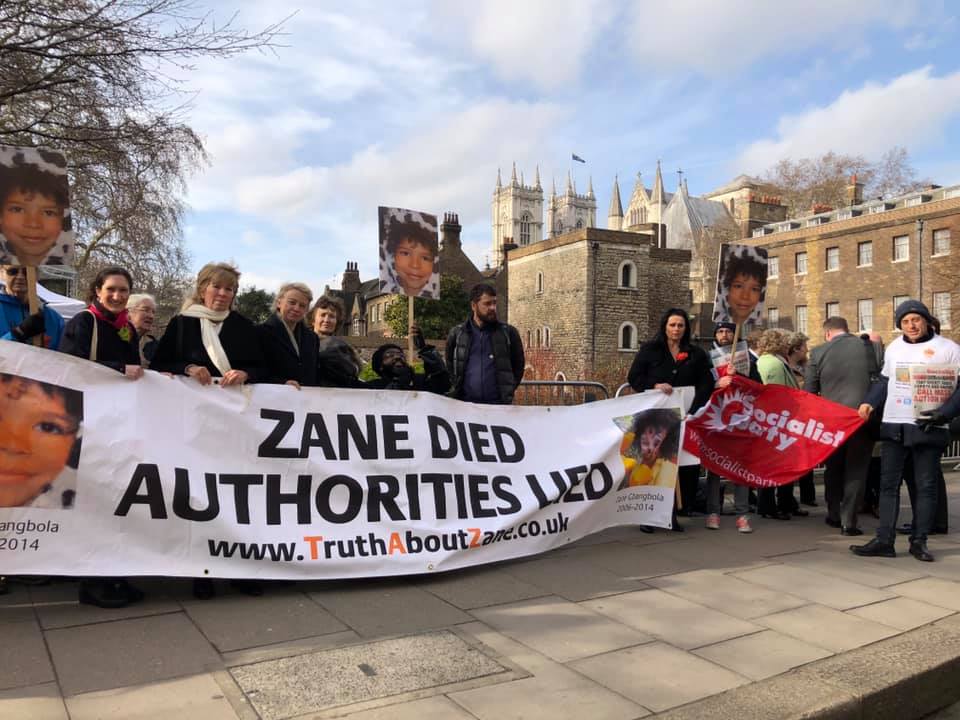 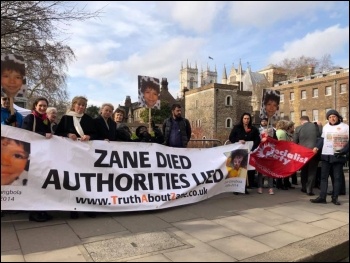 Taking the fight to Westminster on 13 February   (Click to enlarge: opens in new window)

Parents, friends and supporters gathered outside Zane Gbangbola’s home on 8 February, the fifth anniversary of the seven-year-old’s tragic death during the terrible Thames flooding of 2014.

The commemoration was an emotional and moving event celebrating Zane’s life by candlelight, with music and video, photos projected onto Zane’s family home – and fireworks, which Zane loved.

Local Tory MP Kwazi Kwarteng hosted the meeting. But he made it clear he would not challenge the coroner’s verdict.