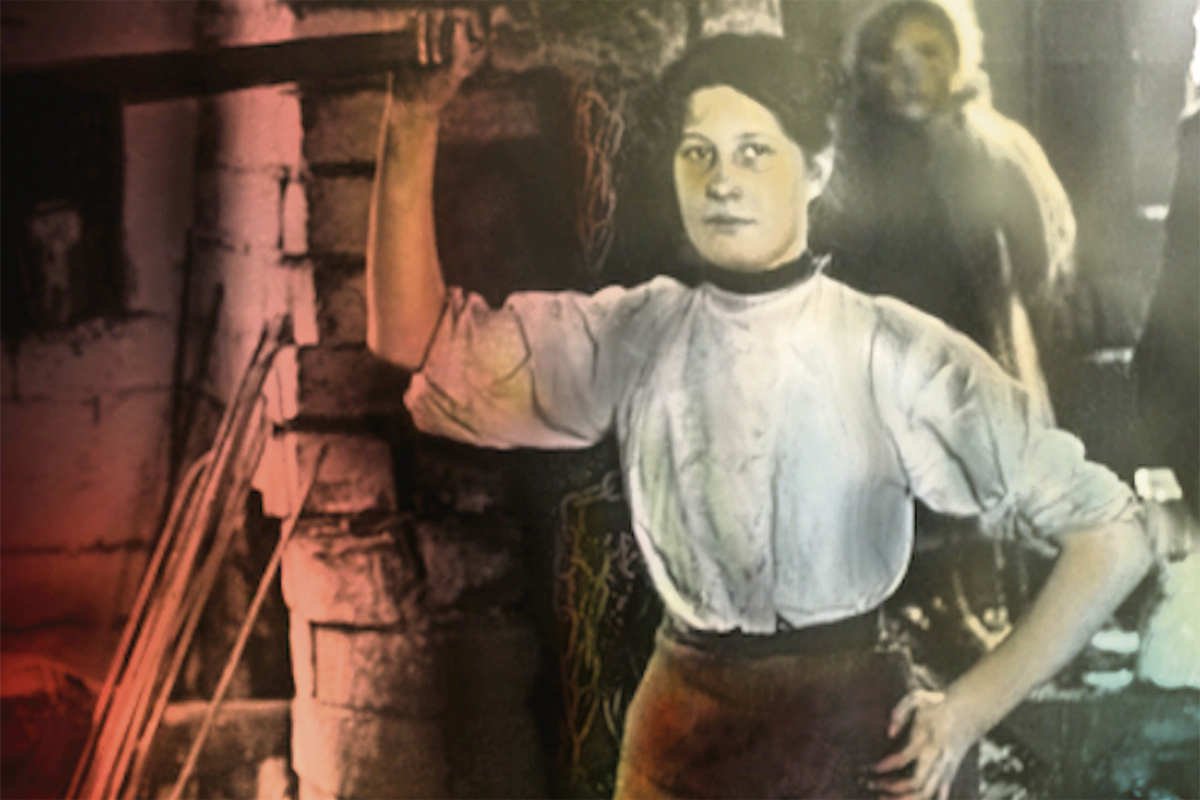 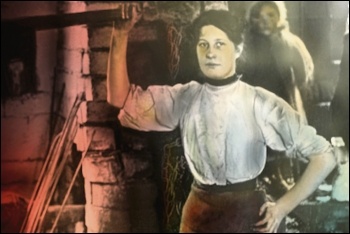 The result of course was the women were the most exploited of the whole workforces and subject to the vagaries of the middleman – the “fogger” – who gave them the work, including the tools and iron rods to make the chains.

The play follows in a long line of productions by Townsend. These include the events around the 1976-78 Grunwick strike led by Jayaben Desai, the building workers’ strikes also in the 1970s – where pickets Des Warren and Ricky Tomlinson where jailed for their activities – and a reworking of Robert Tressell’s socialist classic The Ragged Trousered Philanthropists, among other productions.

I thoroughly enjoyed the whole production as the songs, using familiar tunes but with new words, followed the build up to the strike and the tremendous support it had from around the country – primarily by the efforts of Mary MacArthur a one women publicity machine.

The strike, as I explained in a question and answer session after the performance, was part of a larger workers’ movement in Britain at the time known as “the great unrest”.

Workers throughout the country, after a period of economic downturn and the rise of ‘new unionism’ at the end of the 19th century, saw a red tide of militancy develop which the capitalists were unable to stop.

The women chain makers eventually won their battle when the bosses were forced to concede a minimum wage which increased, it seems, the wages of the workers by 100%. That was from an extremely low point of around two shillings and five shillings a week – roughly £10 to £30 today.

As Neil Gore says in the play’s programme: “The story of the charismatic union organiser and campaigner Mary Macarthur and the women chainmakers of Cradley Heath… helped to focus the attention of the world on the plight of low paid women workers in ‘sweated’ industries and make the principle of a national minimum wage a reality”.