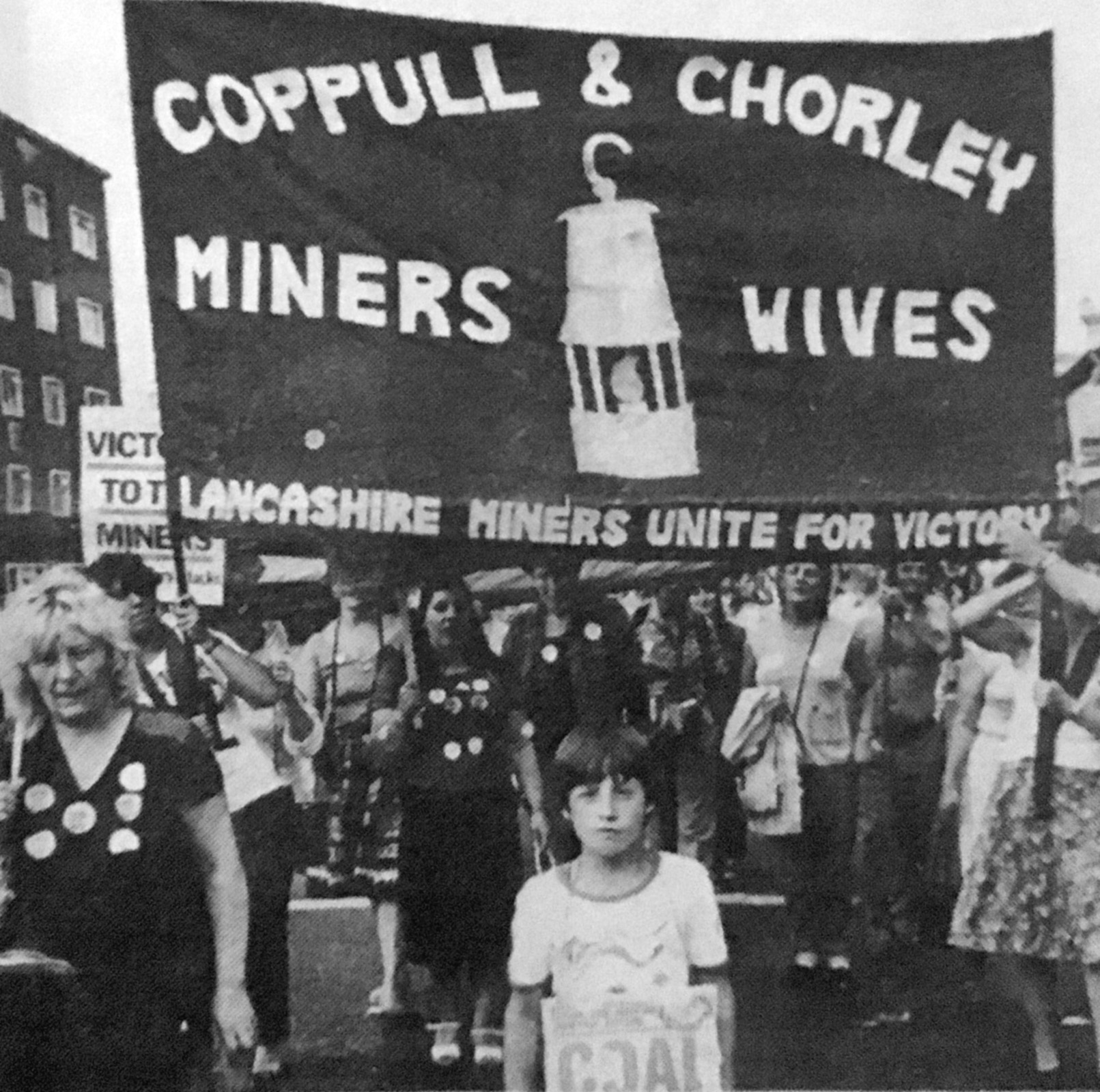 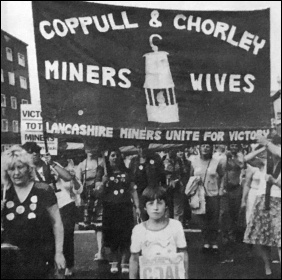 One of Joan’s banners displayed on the national women’s demo in support of the miners in August 1984, photo The Miner   (Click to enlarge: opens in new window)

Persuaded by Militant’s Marxist ideas and programme, Joan joined Chorley Labour Party in 1974 and was politically active for the next 12 years at both branch and constituency levels.

Joan often spoke at local and regional Labour Party meetings on behalf of the local Women’s Section, which played a decisive role in setting up the Chorley and Coppull Miners’ Support Committee in May 1984. The latter’s main aim was to supply striking miners’ families with weekly food parcels throughout the many arduous months of the 1984-85 national miners’ strike. It raised £26,000 for this purpose in 12 months.

After the 1984-85 miners’ strike an attempt was made to expel Militant supporters from Chorley Labour Party, including Joan. Although it failed, any further effective involvement in the Labour Party by Joan or the others was no longer possible – and disgracefully Chorley Labour Party disbanded its women’s section not long after this!

Although Joan’s political activity covered a relatively short period of her life, she nevertheless had a significant impact on the labour movement in this part of Lancashire in arguing for a genuinely democratic socialist society, in supporting striking miners and their families, and in campaigning for the rights especially of working class women. Such important contributions of the kind Joan made, and in difficult and demanding circumstances, must not be forgotten.