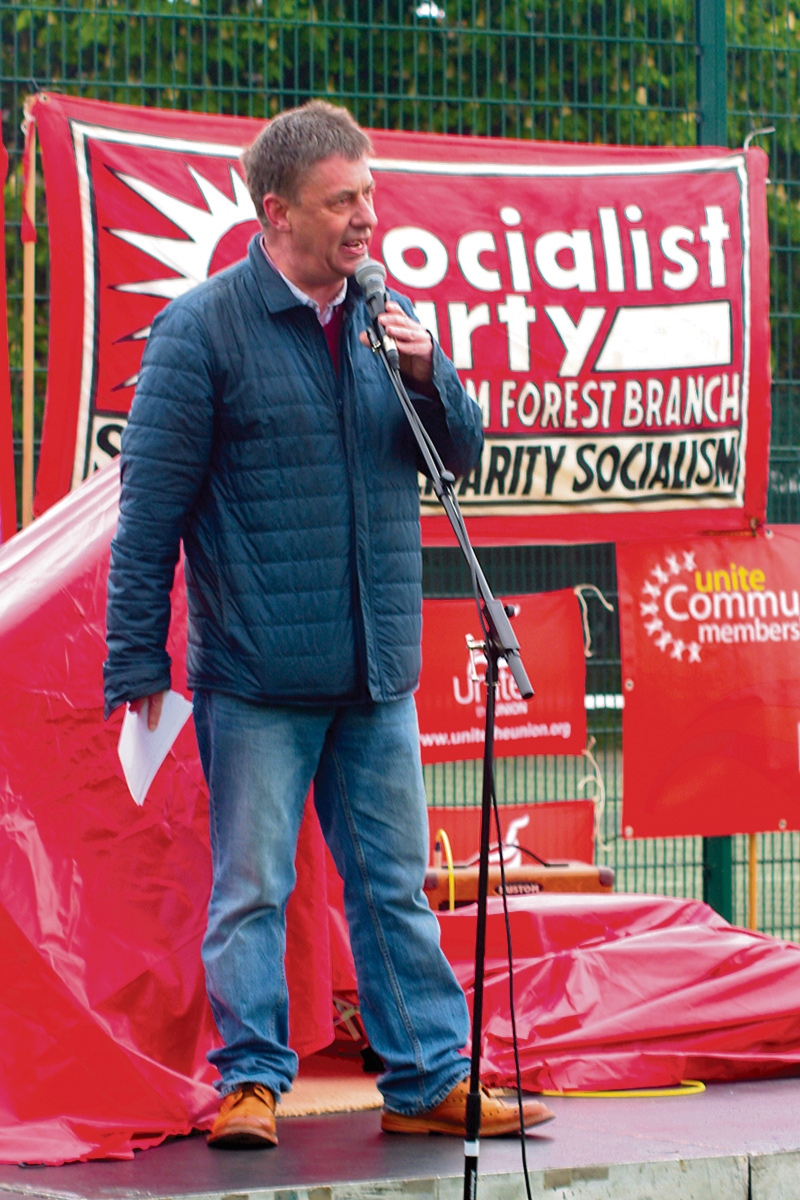 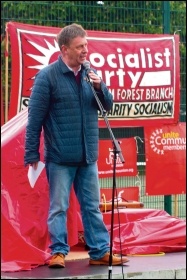 People gathered to mark Workers’ Memorial Day, to pay tribute to workers killed, injured, disabled and made unwell by their work. Workers like Raymond Holmes, who was killed working on the Thames Water site in Coppermill. Raymond’s wife and daughter sent the trades council a note of thanks for remembering him and for keeping up the tradition.

A special appeal was made to remember Lyra McKee a journalist and NUJ member in Northern Ireland recently shot while doing her job covering a disturbance in Derry.

This was followed by a festival to revive May Day. It was a mixture of great entertainers and great speakers from a range of organisations including Chris Baugh, assistant general secretary of the civil servants union PCS.