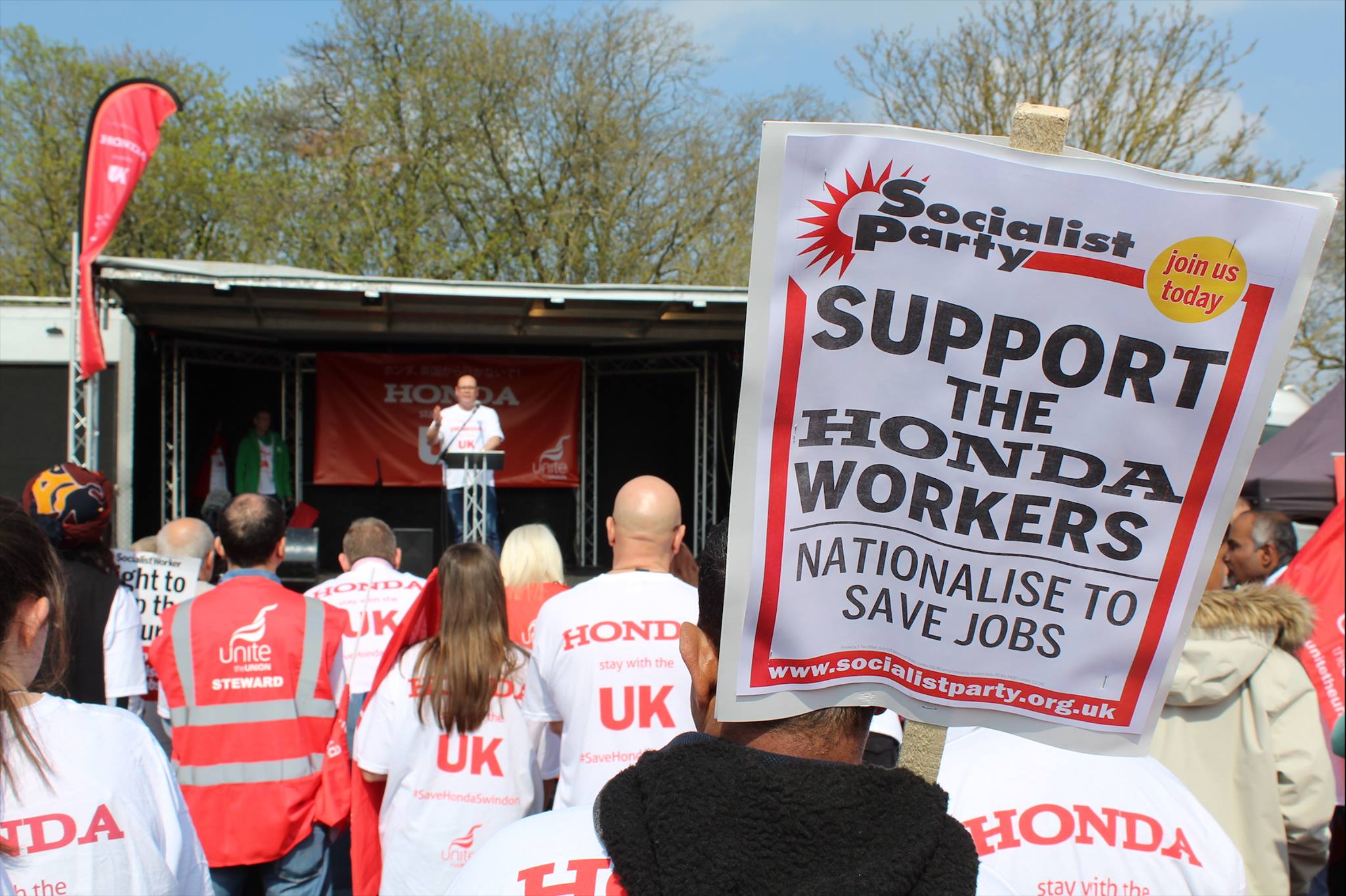 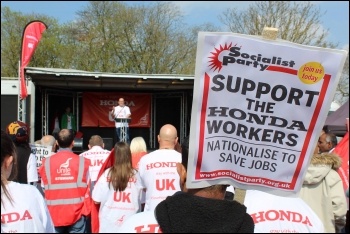 Over 3,500 workers directly employed by the factory are facing redundancy. But in addition, over 12,000 employed in component and related companies and industries are affected. This is a catastrophe for Swindon in particular – a town of 180,000 people – and must be fought.

On that demonstration, Unite plant convenor Paddy Brennan, speaking alongside his shop stewards, said: “This is the fight of our lives.”

Socialist Party members have raised the need for Jeremy Corbyn to boldly call for the plant to be nationalised, to put Theresa May’s weak and divided Tory government under pressure to intervene.

Corbyn could easily be prime minister before the plant closes in two years’ time.

The union and the shop stewards have shown the workforce that they have been prepared to negotiate to save the plant. But Honda’s decision has taken the fight into a new stage.