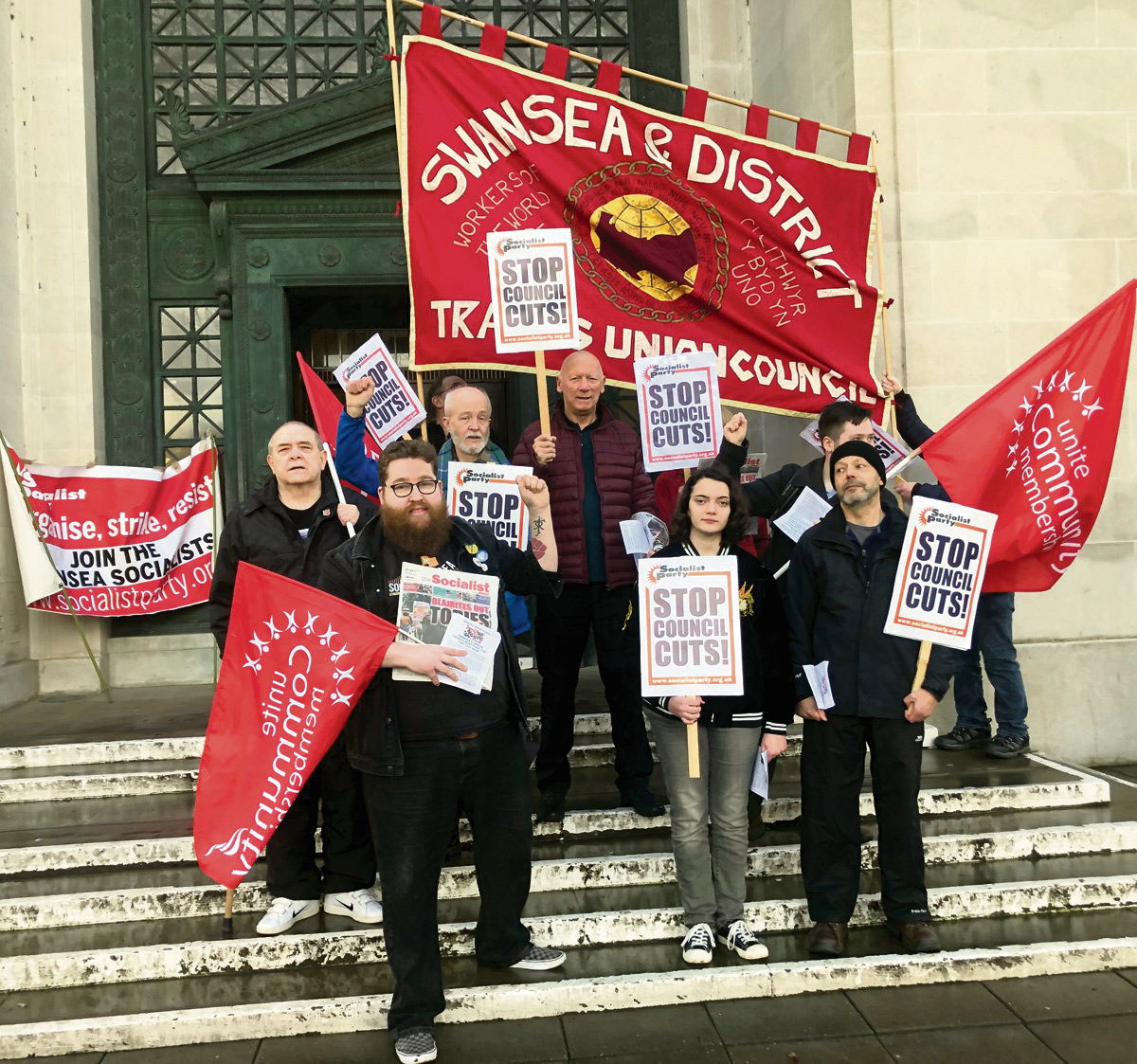 Remain voters went to Plaid Cymru (20%) and the Lib Dems (15%). Most Labour Remain ‘deserters’ voted for Plaid and Tory ‘Remainers’ for the Lib Dems. Welsh Labour’s 15% (finishing third behind the Brexit Party and Plaid Cymru) represents its worst result in Wales since 1910.

The Guardian report of Farage’s visit to Merthyr revealed some of the potential support for a workers’ party fighting with a clear socialist message among Brexit Party voters.

One Brexit Party supporter was quoted: “Now I seem to think that Labour is just getting in bed with the Conservatives, and they are the upper middle class. I honestly think Brexit is the new working-class party for poverty-stricken towns.”

It increased its vote by a third from 2014, but Plaid leader Adam Price’s claim that “Wales is now a Remain nation” is not so clear. Parties that were clearly standing on a Remain platform won 43% of the vote overall, with clear pro-Brexit parties winning 37%.

In Plaid’s rural heartlands in the north west and west it topped the polls or came second. But in the South Wales valley areas, that Plaid has to gain to win the 2021 Welsh elections, there were clear majorities for pro-Brexit parties.

The election came 12 days after the 2,000-strong All Under One Banner Cymru march for Welsh independence in Cardiff on 11 May – attracting much wider layers of support than in the past, including large contingents of working-class youth.

And for the Tories, the main capitalist party and the official opposition in the Senedd (parliament), the results are its worst in history in Wales – less than 7% of the vote. 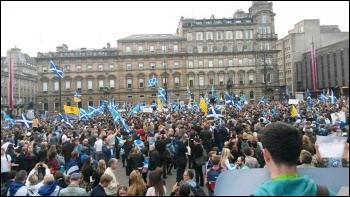 The Scottish National Party (SNP) campaigning on the slogan – “Scotland’s for Europe” – won 30 out of 32 local authority areas, three seats for the first time and 38% of the vote. The pro-remain Lib Dems regained the seat they lost in 2014.

The Brexit Party won a seat and came second but actually only won 15% of the vote (Ukip won a seat in 2014 with 10%). The Scottish Tories were a casualty of the polarisation and the crisis following May’s resignation coming below the Lib Dems with 11.6%.

Scottish Labour leader Richard Leonard is coming under pressure for failing to make any impact since elected, with Labour also struggling in Westminster polls. Westminster MP Paul Sweeney – who regained Glasgow North East for Labour in 2017 – attacked the Euro-election campaign after the result, demanding the party commit to backing a second referendum and come out clearly for Remain.

The pro-Remain Scottish Greens with 8.3% did not experience any surge and ended up with an identical share of the vote to 2014. This can partly be explained by the Greens increasingly being seen as ‘SNP-lite’, backing SNP austerity budgets in Holyrood and in Glasgow.

SNP leader Nicola Sturgeon claimed after the result that this was an endorsement of the SNP’s 12 years in power. But that is not the reality on the ground, with rising working-class anger towards the SNP.

Labour’s dire result shows the need for the Corbyn left to remove the Blairite right wing, change its position on the national question, and put forward a fighting strategy of no cuts budgets in councils.