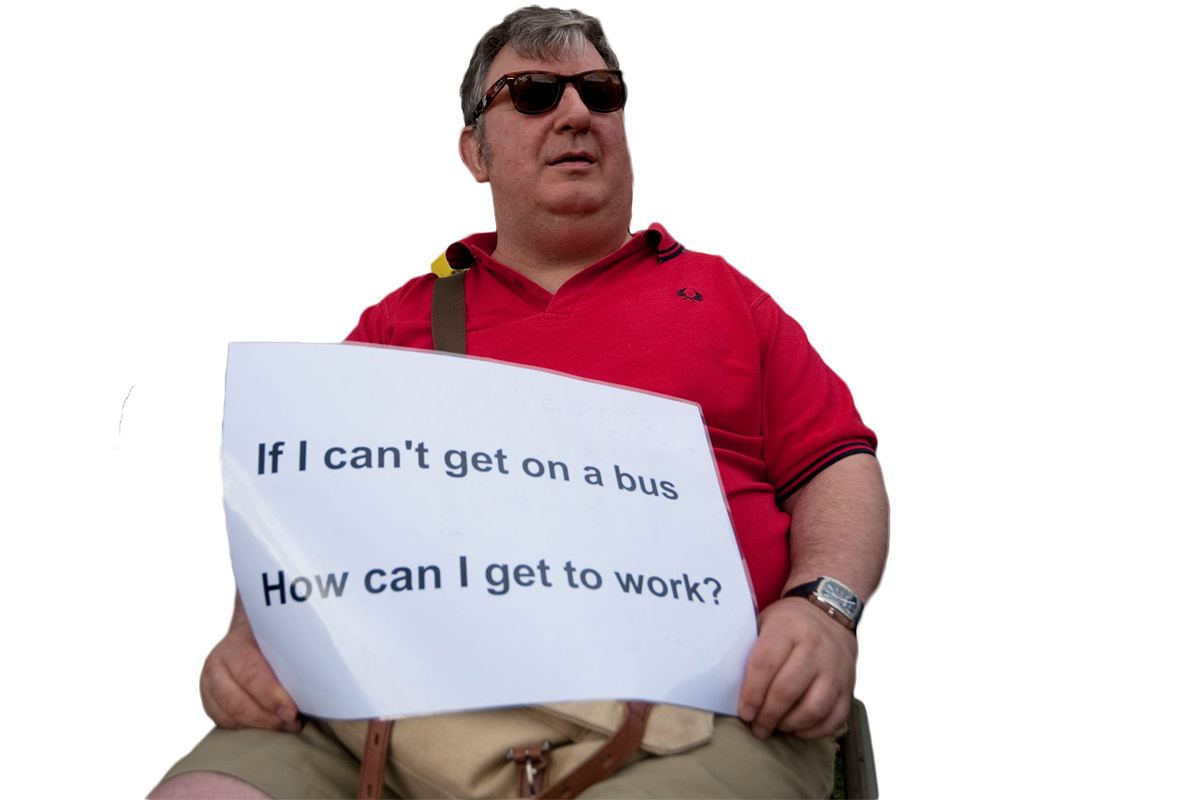 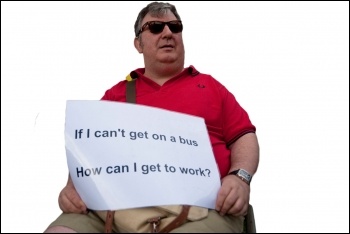 All Labour councillors had been written to before the meeting asking them to confirm if they supported the campaign.

In September 2018 the council cut £100,000 that was being used to ensure that people with the mobility pass could use their passes on buses and trams 24 hours a day.

Now they can only be used as the national scheme allows from 9.30am to 11pm.

This means that people have to pay to get to work, college and early hospital appointments. As disabled people are already disadvantaged, this has caused real hardship.

The stall asking for people to sign the petition to reinstate the funding was extremely busy. Over 1,000 people had previously signed it.

We also had a lot of people with learning disabilities and their support workers. They talked about the other attacks on disablement benefits and services. Nottingham City Council has over £200 million in usable reserves.

Councillor Adele Williams, the new transport portfolio holder, stopped to talk to a family whose Downs Syndrome daughter now has to pay to get to her voluntary work in a local school. The councillor was at pains to say that she was listening.

Des Conway from the campaign had tabled two questions about the cut to the council.

Following a public outcry, the council recently reversed the plan to merge the Marcus Garvey Afro-Caribbean Community Centre with another centre, saying it would use £67,000 from reserves to keep the centre open while carrying out a review.

David Mellen, the new council leader, did not directly answer the question but he announced that he would review the policy with the portfolio holder for transport within three months.

The campaign sees this as a step forward. It shows the importance of campaigning.

The Reverse Mobility Pass Cuts campaign demands that the council should: