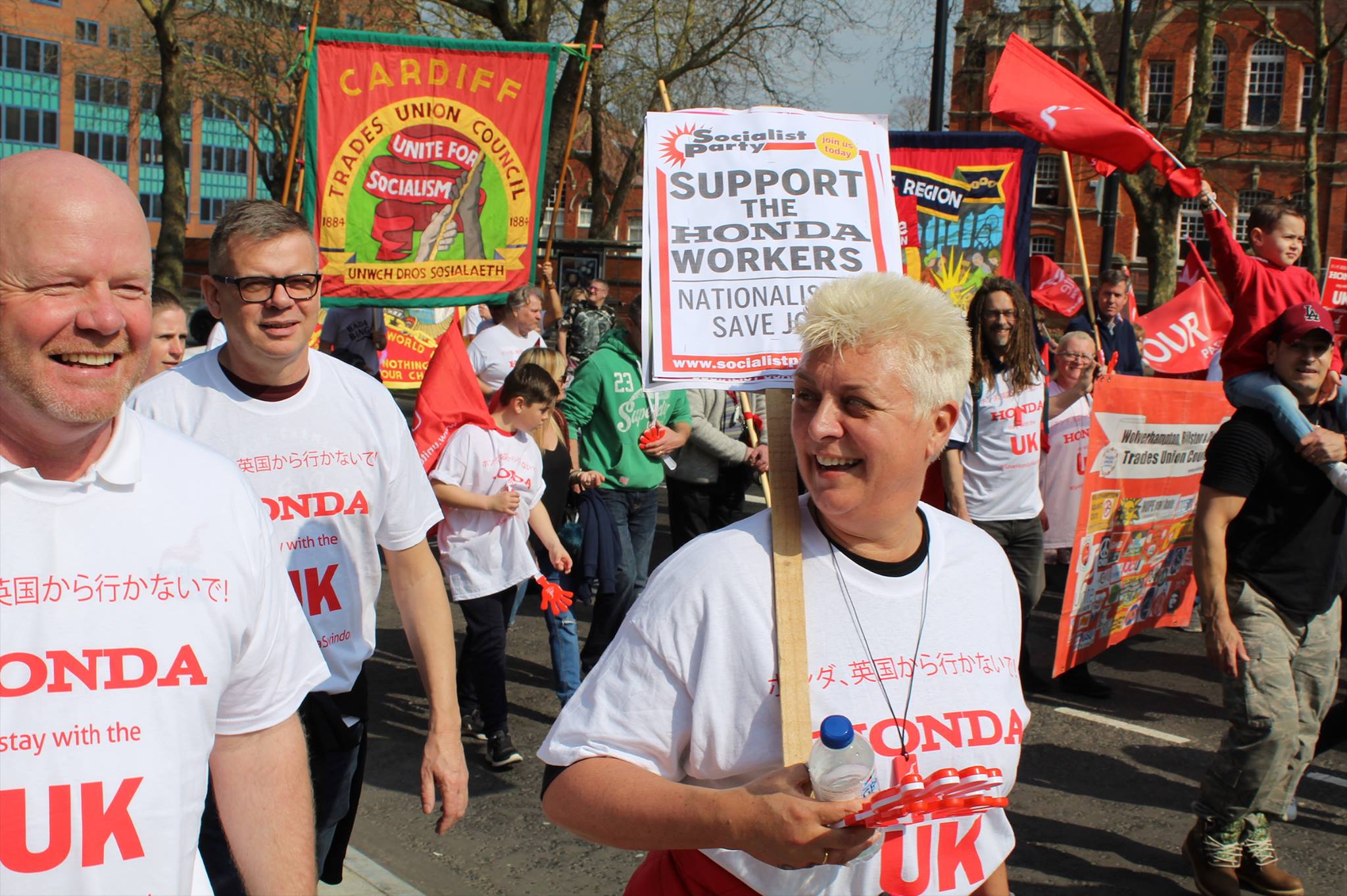 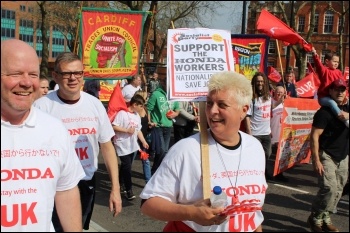 The announcement that Ford Bridgend is to close is the latest in a series of blows to manufacturing workers. We are in the midst of a new wave of deindustrialisation that is weakening the UK economy.

Jeremy Corbyn should pledge that a Labour government would act decisively to prevent this, carrying out nationalisation of all industries threatening redundancies under democratic working-class control and management, with compensation paid only on the basis of proven need.

The Bridgend announcement comes on the heels of Honda confirming it will close its Swindon plant, with the loss of 3500 jobs, Nissan announcing it will not build its new XTrail model in Sunderland and Jaguar Land Rover and Vauxhall preparing to axe thousands of jobs.

The bankruptcy of British Steel shows that the crisis isn’t confined to the automotive industry and isn’t a recent development in response to Brexit. Even before this announcement, Wales, a former manufacturing heartland, had already lost 13,000 manufacturing jobs – 8% of the total – in the last ten years, according to the GMB.

Ford itself used to have 27 factories in the UK but now has just five, only three of which are manufacturing plants. The company blames the Bridgend closure on a lack of demand for the engines produced by the plant but in reality Bridgend Ford had been set up to fail.

It’s true that the contract for Jaguar Land Rover engines is due to end as JLR takes its engine production back in house in 2021. But there is considerable demand – for 500,000 annually according to Unite – for the Dragon 1.5l Ford engine which goes into the Fiesta and Focus models, the most popular in Britain and in many other parts of the world.

The reality is that Ford is using fluctuations in demand to try and divest itself of factories in countries with a higher wage bill – that’s what’s behind the company’s talk of Bridgend’s ‘cost disadvantage’ and lack of ‘efficiency’. Jobs at Dagenham will face a similar threat.

Thanks to Ford’s 2008 ‘One Ford’ restructuring programme, Dragon engines are also manufactured in Brazil, China, Russia and Mexico, where wages are much lower than in Europe. Unite has quite rightly demanded a fair share of the work distributed across these sites.

It is not in the interests of the working class of any country to let big corporations continue the race to the bottom and pull out of countries where wages and conditions are higher.

Ford typifies one of the fundamental contradictions in capitalism, which drives down wages in order to pump profits up, but then finds that workers collectively don’t have the money to buy the products they have produced.

Ford wants access to the lucrative UK automotive market – one of its biggest – but doesn’t want to have to pay UK wages.

The global car industry is also facing other threats, including a drop in demand for diesel and the enormous investment necessary to transition to electric.

Brexit does have a potential impact on the industry, where supply chains criss-cross national borders, many times before finished products are assembled. However, it is being used as an excuse for layoffs and closures.

Ford is also shutting its Bordeaux plant in France, has announced 5,000 job cuts in Germany, and there are cutbacks in Russia and Brazil, too.

Globally the company plans to save $11bn in a cost cutting exercise whose advertised purpose is preparing for investment into electric cars and other new technology.

GM is slashing 14,000 jobs, Volkswagen 7,000, and so on. Contrary to the industry’s claims, much of these savings will be squandered as dividend payments and share buybacks, rather than invested in production.

The mega-mergers in the industry that are on the horizon are part of the same phenomenon, as the big companies which dominate huddle together in order to share costs and risk.

The huge handouts these private companies take from the state haven’t solved its problems either.

Ford took a $6bn loan from the US government to develop the Dragon engine made at Bridgend, and over the 40 years it’s been on the site has also taken £140 million in public cash from the UK and Welsh governments.

Just like the railways, we are subsidising huge profit making companies but getting no control over decisions like job cuts and relocations in return.

The only lasting solution is to nationalise the industry. The Welsh government could make a start by nationalising Ford Bridgend, just as they took over Cardiff Airport when it was threatened with closure by the previous owner.

Many workers will have questions how this could work. How, for example, can you nationalise factories that only make a component, not a finished article that workers want to buy?

But in reality most factory workers have been through a transition where a factory introduces a new line of product. Here the government would provide the necessary investment to fund the transition, including prioritising switching to environmentally friendly production and products.

Instead of setting up taskforces to direct workers to non-existent alternative jobs, democratically elected committees involving the workforce and consumers could identify what might be produced and what is needed.

An example like that could spread like wildfire and compel further action, across Britain and further afield. It was a Tory government that was compelled to nationalise Rolls-Royce in the 1970s.

An appeal should be made to Corbyn to go further, to take similar steps in other threatened and ailing plants UK-wide which could be linked up in a publicly-owned car industry with the workers controlling and managing the business.

But why stop there? One steelworker pointed out to us the lunacy of using Chinese steel that had been shipped halfway across the world – with all the damage done to the environment – to erect wind turbines on the hills above Port Talbot steel works, when the local plant was threatened with closure.

If the car industry and steel, as well as the energy industry and the railways, were nationalised under democratic workers control and management, great improvements and efficiencies could be identified.

Capitalism is a system in crisis offering workers a diet of job losses and closures. These are only small examples of what could be achieved by socialist policies.

If a Corbyn-led government was to nationalise the 120 major corporations and banks that dominate the economy – backed by the active mass support of the working class majority – it would be possible to harness the enormous wealth, science and technique that exists in Britain, not for the profits of a few, but to provide decent living standards for all.

In a world of poverty and job cuts, such an approach would create enormous enthusiasm from the working class worldwide.