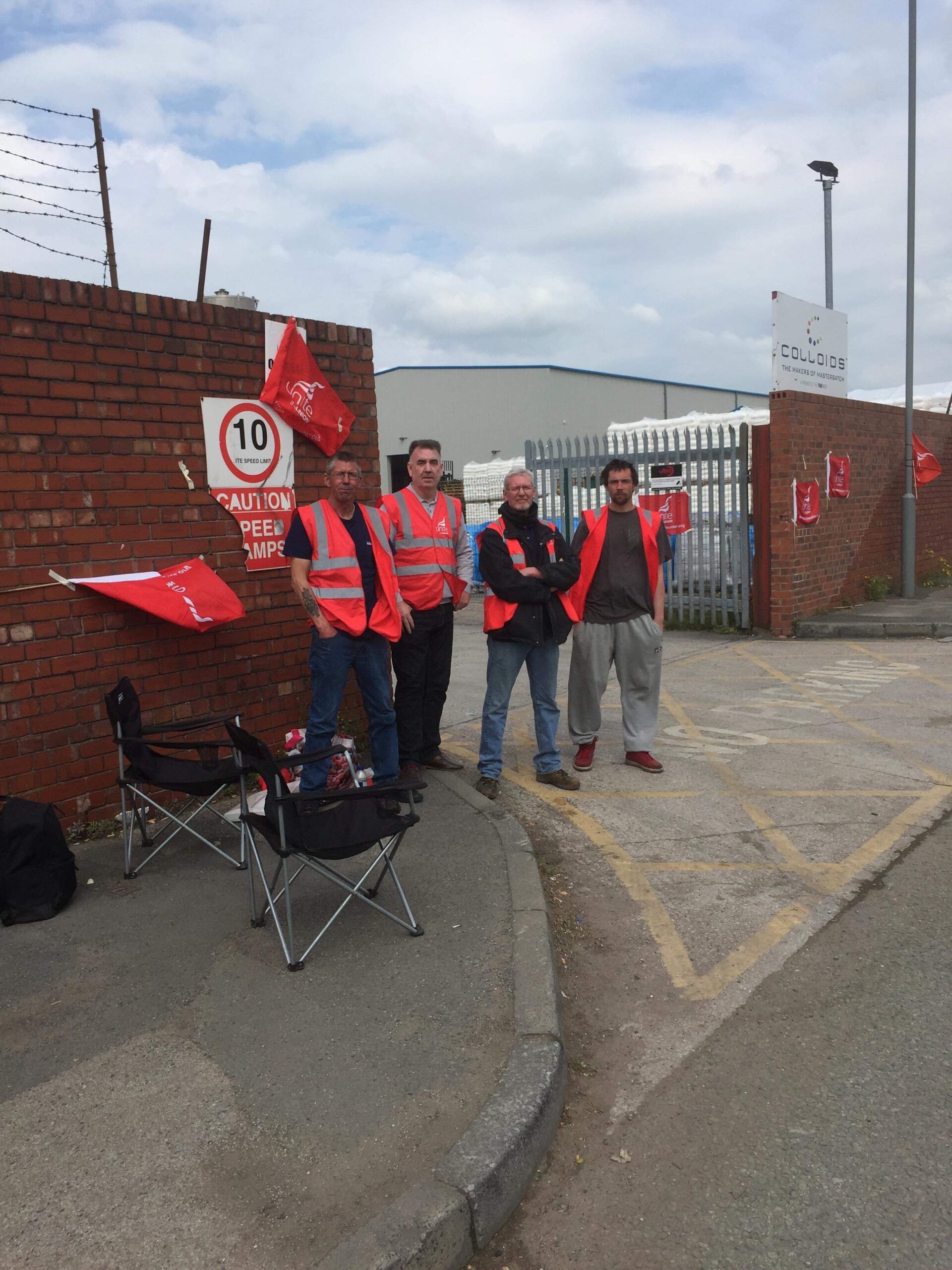 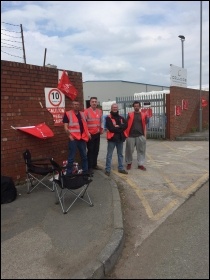 Over 150 Colloids workers turned out for the fifth consecutive week for an organised day of action and mass support in the dispute with Colloids in Kirkby over the sacking of Unite the Union rep George Gore.

Tensions spilled over as scabs crossed the picket line, insulting the pickets and antagonising and intimidating them using their cars. The police looked on and did nothing.

The company claims business continues as usual but they have taken ‘no entry’ signs off an exit gate to get wagons and deliveries in and out of the other side which resulted in a crash.

Gary, a worker and Unite member explains: “All that was needed was the correct disciplinary process to be adhered to. Workers are often paid incorrectly and the same staff responsible for that are now crossing the picket saying we are traitors.”

Unite’s official interim steward Chris said: “The level of support has been fantastic. Post is not being delivered and many scheduled deliveries and pick-ups are refusing to cross the picket.”