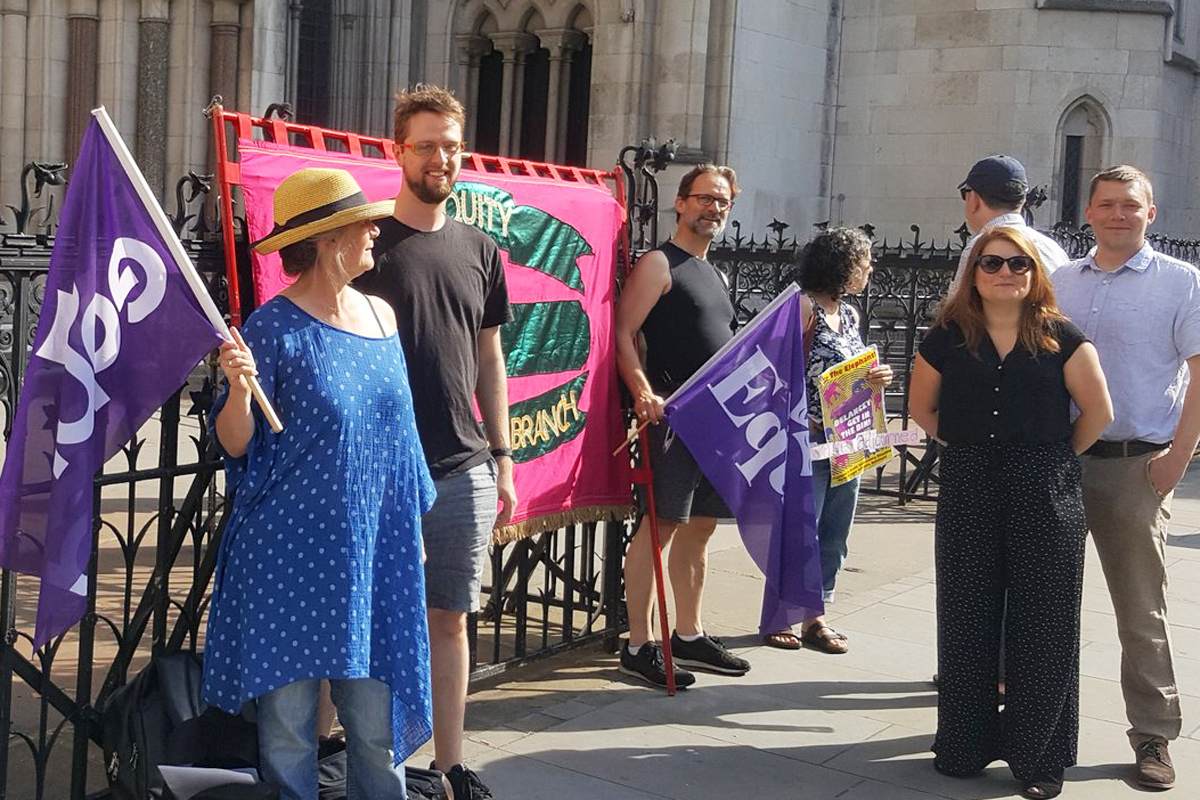 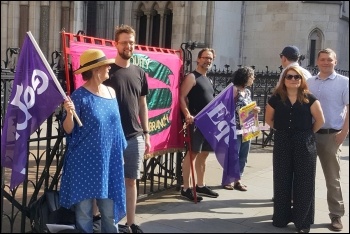 Equity members on a protest against Universal Credit outside the High Court, 17.7.19, photo NSSN   (Click to enlarge: opens in new window)

Performing arts union Equity joins the list published in the last issue of the Socialist of unions organising for action. The motion below was passed by Equity North and East London General branch on 13 July. It received partial approval, with qualifications, from the union’s ruling council on 3 September.

Climate change affects all Equity members and has a direct impact on our industrial conditions including working temperatures. Given the very recent confirmation of 20 September as the global day of action on climate change… This branch urges council to:

Some PCS branches have elected workplace ‘green reps’ to pressure employers on environmental practices, and other branches and unions could consider doing the same.