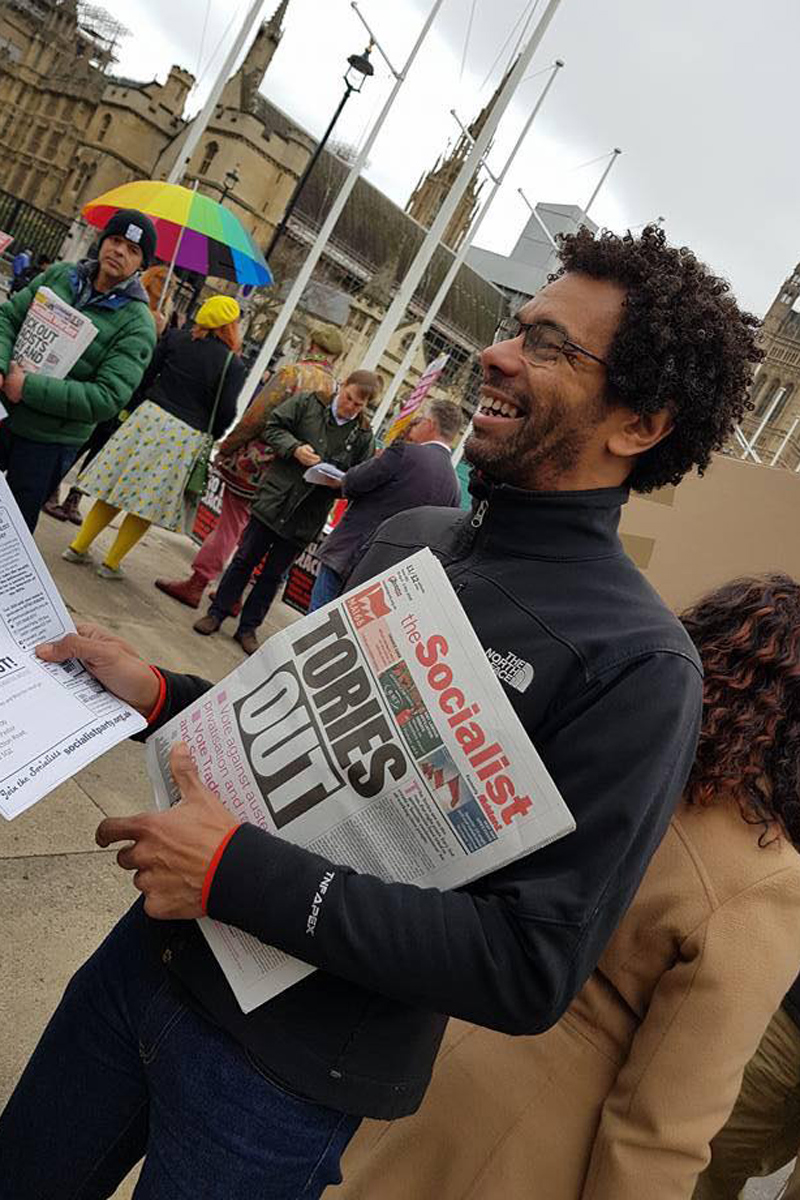 Wherever working-class people are fighting back, expect to find the Socialist on sale, photo by London Socialist Party   (Click to enlarge: opens in new window)

We sold 20 copies of the Socialist in Pontypridd. Some interesting comments. Corbyn was more popular this week.

“I think a lot of things should be nationalised. Let’s hope Corbyn gets in next time,” from a woman with kids in her 40s. “Thank goodness for people like you” – from a young woman in a coffee shop apron.

Boris Johnson visited South Yorkshire on 13 September. He was harangued on the streets of Doncaster and heckled at a speech in Rotherham.

Socialist Party members joined public service union Unison and others outside the Magna centre in Rotherham, but Boris was whisked in and out again without us even getting sight of him.

As Tim Jones so eloquently puts it: “This takes the piss! Boris addressing business leaders over Brexit in relation to the ‘Northern Powerhouse’ – in a former steel plant that the Tories destroyed!”

Sam from West Papua, who spoke at Oxford Socialist Party’s meeting on 11 September, compared the brutal treatment of West Papuan independence campaigners by the Indonesian state to the British government at Peterloo 200 years ago. “But it is happening every day in West Papua right now!”

Then an excellent ‘Tories out’ campaign stall in Oxford on 12 September, selling the Socialist and raising fighting fund for our campaign work. Lots of interest, and new people at our meeting in the evening.

Boot out Boris, boot out the Tories, boot out all austerity politicians! That was the message for Birmingham Socialist Party’s campaigning in Erdington on 14 September.

There was working-class support from the community for a general election, and for Labour to stand on policies of renationalisation, scrapping Universal Credit, mass council home building, and real living-wage jobs of £10 an hour upwards now.

Hull Socialists were at Hull Uni on 16 September, campaigning for #SocialistChangeNotClimateChange.