An oil company run by a major Tory party donor has had a billion-pound deal underwritten by the British government following a meeting with Boris Johnson - despite the company being a investigated by the Serious Fraud Office. The investigation relates to suspected bribery, corruption and money laundering.

Meanwhile another 'friend' of the prime minister appears to have benefitted from their relationship. Jennifer Arcuri, an American businesswoman, received a £100,000 grant from the UK government after she attended three overseas trade missions led by Johnson while he was London mayor. 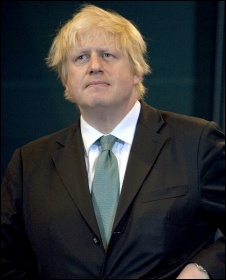 Harry can't get out of bed

Prince Harry claims he struggles to get out of bed in the mornings.

The 'struggle' is apparently due to his worry about all the problems in the world. But if the rest of us want to eat we have no choice but to get out of bed. Doesn't matter if we're about to work all day for pitiful wages, at a back-breaking job which we hate.

Not problems that cause worry in Harry's world.

Stop me if you've heard this one before

The Tories have refused to step in and help Thomas Cook, allowing the travel operator to collapse, leaving thousands unemployed and thousands more stranded and out of pocket. And Tory transport minister Grant Shapps couldn't even be bothered to write a statement about the crisis.

It's been revealed he simply reused a statement on the Monarch Airlines collapse in 2017 by calamitous former transport secretary Chris Grayling. The statement is identical apart from the substitution of Monarch's name for Thomas Cook and adjusted figures.