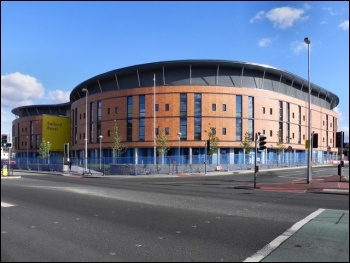 While negotiations are ongoing the strike dates are set for 6 and 7 October - with pickets at Salford Royal, Eccles Old Road, Salford, starting at 6am each day. Messages of support to the Engie security guards to: [email protected]