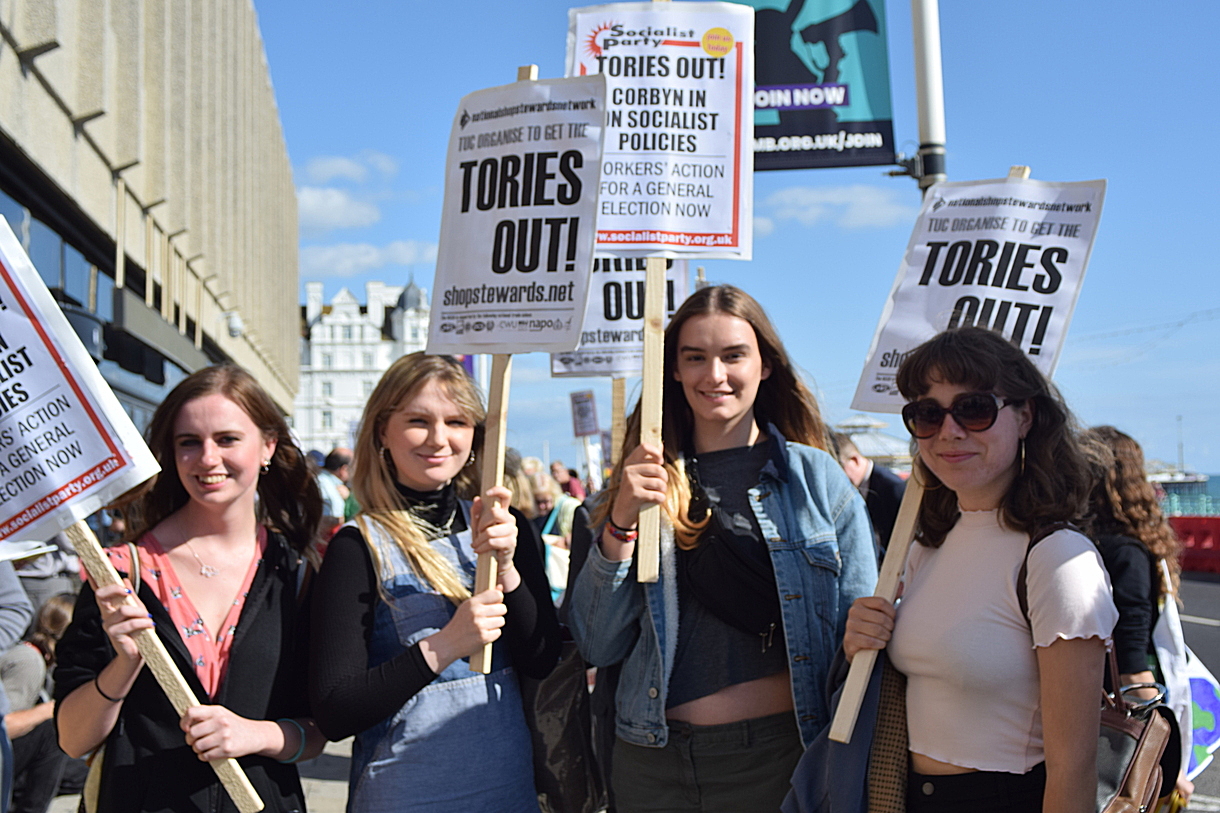 Boris Johnson, self-portrayed ‘man of the people’, has begun his election campaigning. At Tory party conference he announced policies that, on the face of it, would be very popular. One of these is to build “40 new hospitals” in ten years.

This is a lie. The £3 billion of investment the Tories have announced will in fact largely go to six hospital trusts.

“We are the party of the NHS” claims Johnson, echoing Margaret Thatcher’s infamous “NHS safe in our hands”. He says this is because the Tories are “the party of capitalism” and have “delivered growth that makes those investments possible.”

Well working-class people haven’t seen this ‘growth’ either in our living standards or in our services!

Under the Tories, and under capitalism, real spending on the NHS has been cut for years. We now have far fewer hospital beds per head of the population than virtually all other European countries.

The introduction of more ‘capitalism’ into the NHS, in the form of privatisation, ‘the market mechanism’ and private finance initiative by Tory and Blairite governments, has led to profiteers bleeding the NHS of money.

Hospitals across the country have been desperately waiting for investment to replace old and crumbling buildings. This money has dribbled out piecemeal from governments for years as hospital trusts wait for approval for their rebuilding plans. This is nothing new.

£3 billion nationally for infrastructure is not enough. The Health Foundation says that there is a backlog of £6 billion for repairs and maintenance alone. Dozens of hospitals have had investment plans cancelled or delayed for years by the government.

What’s the point of new buildings anyway, if there are no staff to work in them? Staff shortages are a desperate problem, with 100,000 vacancies.

One of the trusts that will benefit from this investment is in my area, Leicestershire. Money for new buildings will be welcomed.

But Save Our NHS Leicestershire has been warning for a long time that the trust’s plans, involving the closure of one of the three acute hospitals in Leicester, mean no real increase in the number of beds for decades to come despite an ageing and growing population.

This is when there are already nowhere near enough beds: Vital operations, including for cancer patients, are being cancelled.

The trust claims that the lack of beds doesn’t matter because more patients will be cared for in the community. Yet community and social care is underfunded and in crisis!

We cannot trust Boris Johnson or the Tories with the NHS. The trade unions and Labour leadership need to build a campaign to force the Tories out.

Corbyn has promised to reverse the attacks on the NHS and to end privatisation. But he needs to go on the offensive to take that message out clearly to working-class people. A bold socialist stand is needed to cut across Johnson’s claims to be the man of the people, when he has never been for anyone else except himself and his super-rich friends.

Capitalism means profits for the few at the expense of everyone else. Socialist policies are needed to save the NHS.

That means fully funding the NHS under democratic working-class control, paying decent wages to staff, reversing all privatisation, bringing the big pharmaceutical companies into public ownership and ending the health-damaging poverty and inequality that is endemic to capitalism.