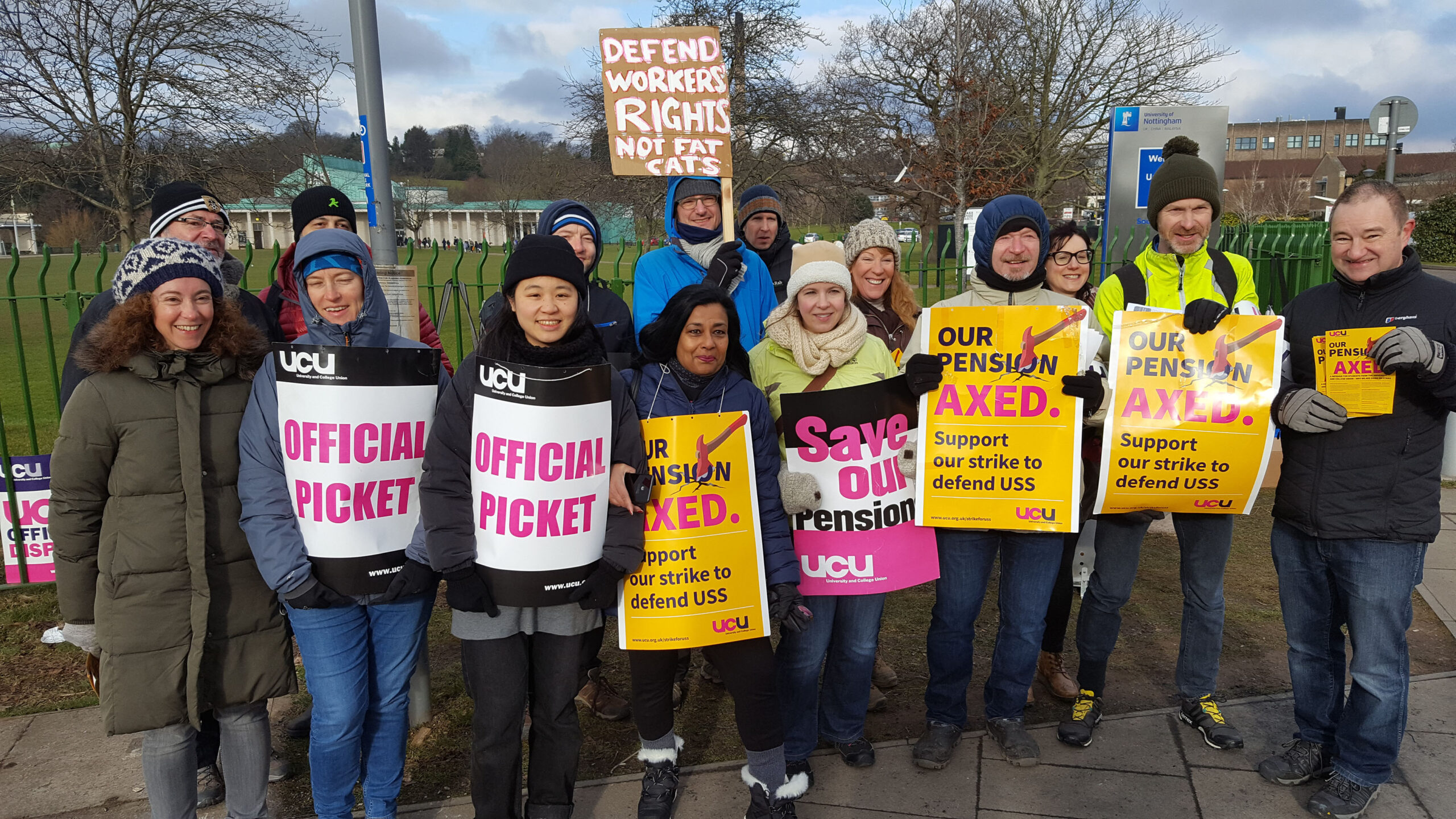 University and College Union votes for pay and pension strikes

The union announced last week that 79% of members backed strike action over changes in contributions to the USS pension scheme. Meanwhile, 74% supported strike action in the ballot over pay, casualisation, equality and workloads.

It was a disaggregated ballot, meaning the votes for each branch were counted separately. Over one million students would be hit if all the branches that achieved a yes vote on a 50% turnout for either ballot came out in action.

On the issue of pensions, 41 institutions surpassed the Tories anti-trade union law requiring a 50% turnout.

During the pension strike of 2018, UCU members launched a bold campaign of 14 days of strike action. This successfully halted the pension attacks and forced management to set up a joint expert panel to investigate the pension scheme.

Since then, the scheme managers have opted to ignore the recommendations in favour of making staff pay more, with member pension contributions rising from 8% before the last strikes to 9.6% of their salary now.

This shows that management can’t be trusted, and that sustained struggle is needed, especially as further increases are currently on the cards from 2021.

UCU estimates up to 30% of teaching is done by casualised, hourly-paid workers. Like all workers on these contracts, they struggle to pay rent and provide for their families.

On workload, UCU research found, on average, academic staff were working two extra days a week on top of their contractual hours, unpaid. On top of this, even on employers’ own calculations, real-term pay has been reduced by 17% since 2010.

The successful ballot on these issues represents a clear indication of the growing mood in higher education to fight back over worsening pay and conditions.

Victory in this dispute could have a massive effect, not only for current and future workers in higher education but for other sectors facing attacks to pensions, low pay or facing the misery of casualisation, excessive workloads and inequality at work.

But to do this, the union needs to outline what this victory will look like. It cannot just mean empty promises from the employers, but meaningful action: no detriment in pensions, scrap zero-hour contracts, introduce overtime pay, above-inflation pay rise now!

The UCU higher education committee has met to discuss the next steps. While we wait for details, there is a likelihood that action may coincide with the general election campaign and postal workers’ action. The Tories will not want to see national strikes during the general election.

We think that co-ordinated strike action on the two issues is the best way of uniting the two campaigns, of bringing staff affected by different problems together and building a stronger campaign capable of pushing the bosses back.