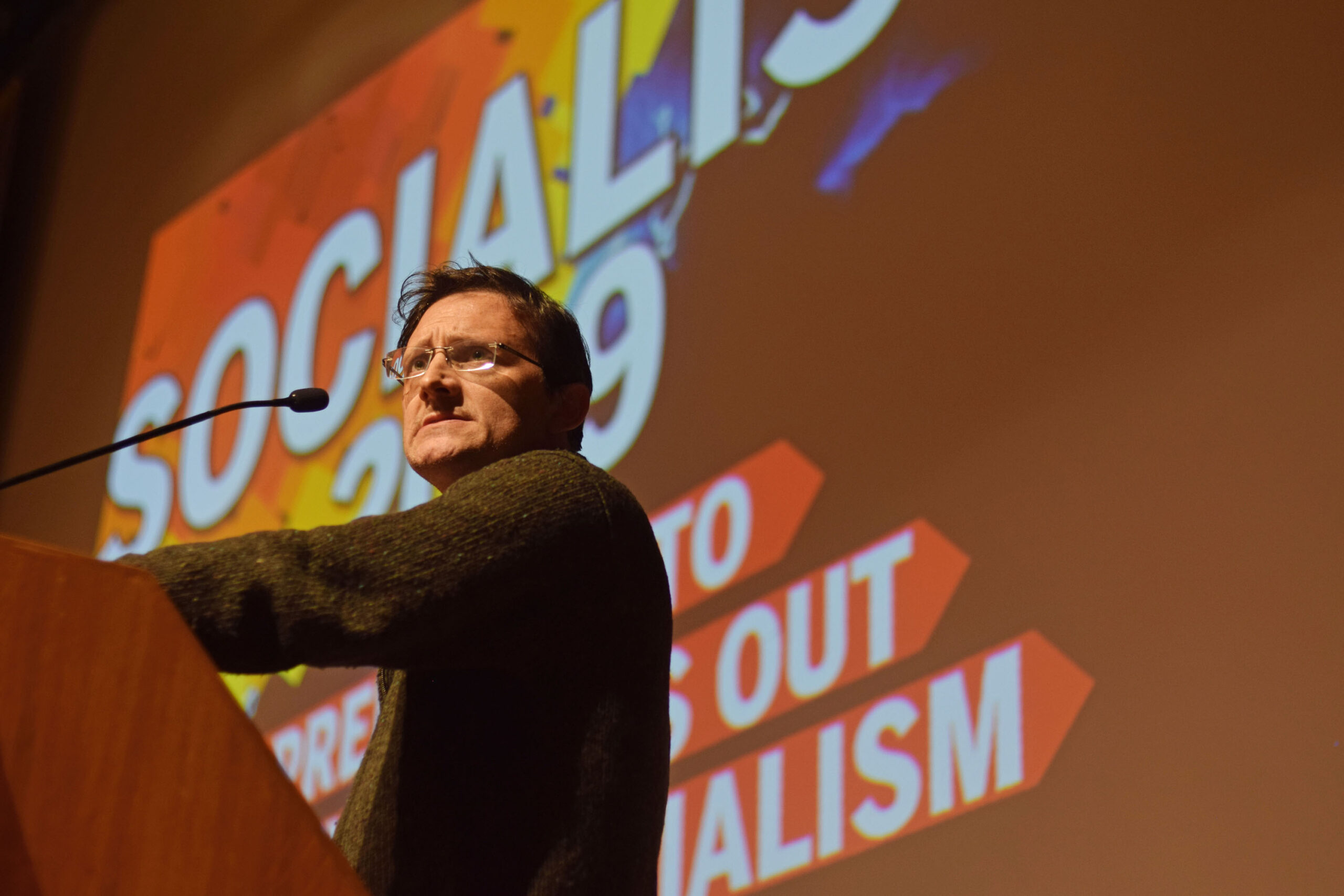 Donal O’Cofaigh is the CWI’s first elected councillor in Northern Ireland and is pioneering the struggle for independent working-class political representation in the North. Below we print extracts of his speech at the evening rally of Socialism 2019 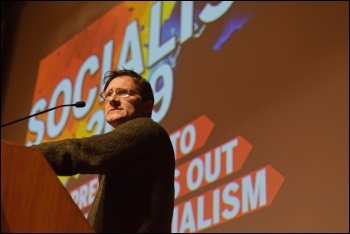 “Northern Ireland is a very divided society. When we’re young, we’re divided. When we’re old, we’re divided. Every single facet of life – housing, schools, churches, sports; everything is divided. They have walls – they’re getting higher, in the big cities, the ‘peace walls’. They even put walls between you when you die, in the cemeteries.

I stood as a Fermanagh Against Fracking councillor and eventually as a Cross-Community Labour councillor, and we got elected on the third time. And it’s an historic moment, because it’s a validation of the politics of the CWI that says: you can transcend division, you can unite working-class people.

We’re 1,020 days, or something like that, without a functioning government in Northern Ireland. We’re really in a lot of crisis. We’ve a health service falling apart. Lowest pay rates for the NHS workers anywhere in the NHS. We’ve a manufacturing crisis.

We’ve got the border poll, which is basically a poll of coercion, offering nothing but a capitalist united Ireland on the one hand, and partition under capitalism on the other the hand. That’s no hope for anyone. That offers no way forward. We’ve a rising tension from demographic change.

We’ve the Brexit situation; a strike of capital. And you’ve got imperialist blocs on either side playing politics with that, to the extent that we’ve had car bombs. The killing of Lyra McKee – the CWI comrades, were the people who organised the rallies that opposed that. In the 1970s, it was our activists out there trying to stop the descent into civil war which was on the cards.

It’s real. It’s always implicit in the situation where you’ve such divisions. Unless you get leadership from the trade union movement, unless you get a labour alternative, unless you get cross-community, socialist politics – it will always eventually go back to that. The [sectarian] parties will always take it back to that because that’s the position of strength that they can rely upon. But their votes have decreased for the last five elections. Their power to divide the working class – it’s actually not as strong as it was.

It’s the trade unions who have stepped up to the plate. 20,000 public sector workers have been on strike in the last month, on and off, under Nipsa. Unite has had the ten-week occupation of a shipyard, and a ‘Titanic’ struggle! We had the Wrightbus – the biggest rally in the history of Ballymena, I think, in 52 years – a Cross-Community Labour rally. I was proud to be on that. And I want to send a particular shout-out to the meatpackers in Lurgan who are going to go out in a real hard strike.

And it isn’t a utopia. It’s the only way forward.”