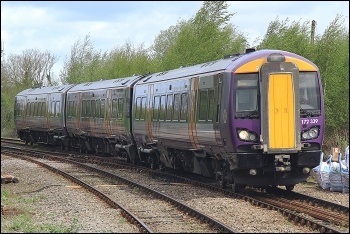 RMT transport union members at West Midlands Trains have scored a victory over bosses in a dispute over scrapping guards on trains. After only three days of solid strike action before Christmas, management buckled and agreed to preserve the guards' role with responsibility for opening train doors being transferred to drivers.

With no changes to pay and conditions attached, the offer was accepted by a a nearly two to one majority. While many guards were prepared to fight on in defence of their role and to prevent any loss in responsibilities this is without doubt a victory as the company had originally intended to completely strip away the guards' safety responsibilities.

The growing numbers of drivers refusing to cross the guards' picket lines played an important part in forcing the company to capitulate so early.

However with West Midlands Trains' parent company now under fire for its appalling service performance it might not be long until battle lines are redrawn as a new franchise holder decides to attack staff in the pursuit of shareholder profits.