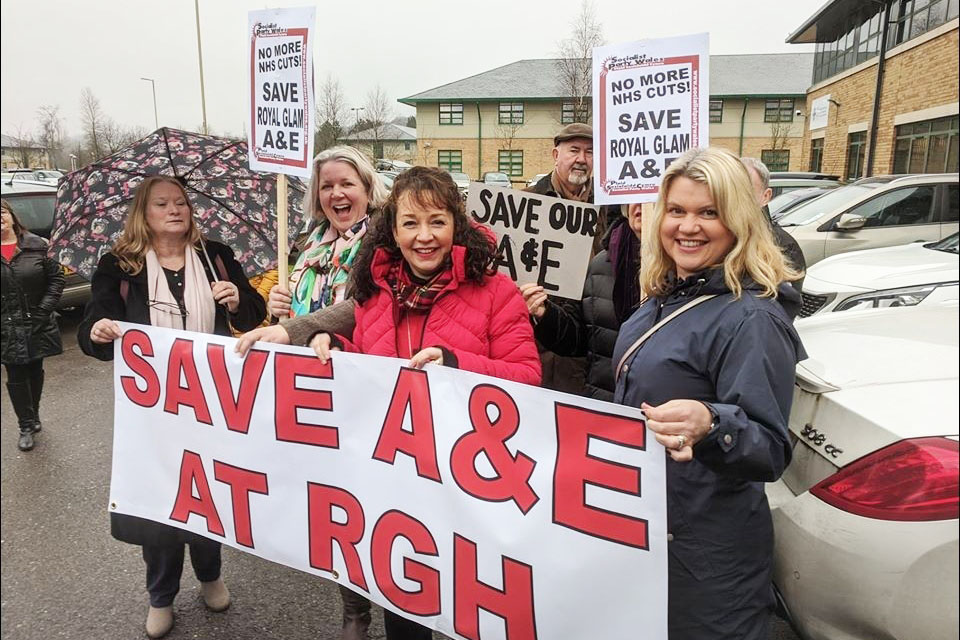 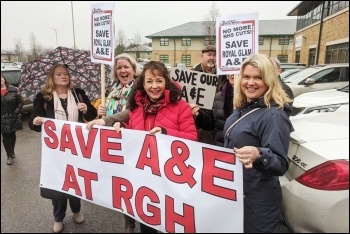 Accident and emergency departments are in crisis across the UK. Understaffed and underfunded, they are putting patients’ lives at risk. Doctors and nurses are being faced with terrible choices of who to treat first and who to leave on the trolley, sometimes with fatal consequences.

The Welsh Labour government’s solution to this A&E crisis? Close the A&E department at Royal Glamorgan Hospital – forcing emergency patients to travel long distances to other hospitals which are already overwhelmed by the pressures they are under.

But it is clear to everyone that it is the Welsh government that decided to close the Royal Glamorgan A&E in the ‘South Wales Programme’ proposed by Drakeford himself in 2014. He is carrying out the policies of the Tory government in Westminster in cutting NHS services, under the guise of “clinical safety”.

The Welsh Labour government is carrying out the same cuts as the Tory government is making to NHS hospitals in England. Both claim that A&E wards should be closed and services centralised for “patient safety”.

Instead of doing Boris Johnson’s dirty work for him, Welsh Labour assembly members must fight to save our NHS and demand the £1 billion that has been robbed from the health service is returned. When Labour health minister Aneurin Bevan founded the NHS in 1948 he said that it “will last as long as there’s folk with faith left to fight for it.”