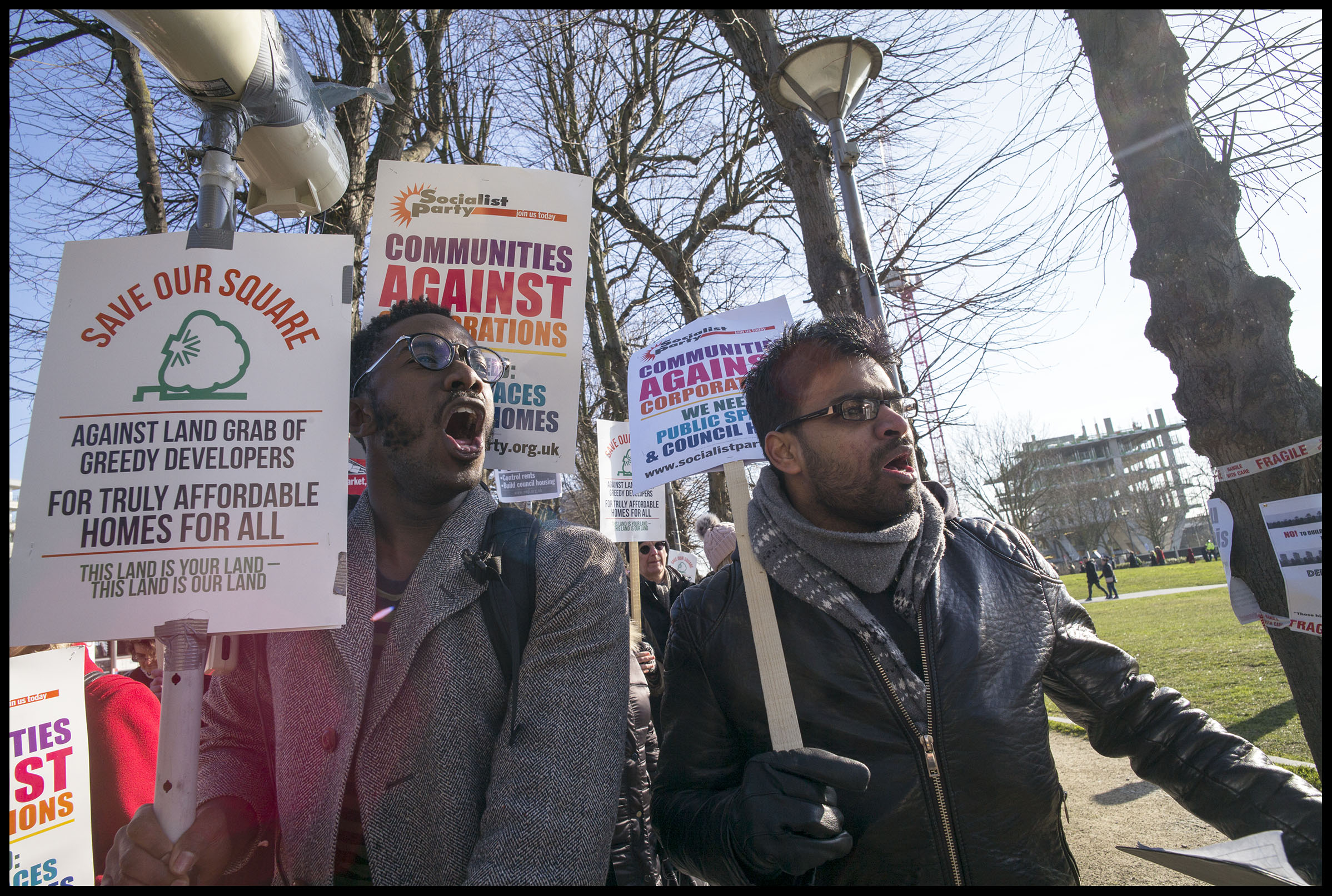 To the big number of Londoners forced to fight to save their homes and their local environment from private property developers, London mayor Sadiq Khan’s ‘London Plan’ is notorious.

The plan claims it will solve London’s immense housing crisis. But it hands public land to private property developers to build high-density blocks of expensive rabbit-hutch flats that no one in housing need can genuinely afford.

The poorest Londoners can even be assessed as too poor to qualify for ‘social-rent’ homes, so no one knows what they’re supposed to do!

This May the London mayor and assembly are up for election. We’re saying we need socialists in City Hall to fight for council housing and rent control.

So when the assembly debated Khan’s plan, some campaigners from different housing campaigns went to City Hall. Socialist Party members, hot from campaigns such as Save Our Square in Walthamstow, went too, to protest against Khan’s new ‘London Plan’ and to call for council houses.

He wasn’t pleased to see us. When we held up our posters and asked about council houses we were thrown out by security staff . When we asked them: “Are you paid enough to live somewhere decent in London? Don’t you need council housing too?”, they went silent.

Two weeks ago we gave out our leaflet at the mayor’s Question Time in Haringey. Inside the meeting we were told he was quite angry about it – and he did us the favour of reading some of it out loud. So we were very pleased to have given it out again and for him to have faced us in the gallery!

On the way in someone told us: “You Socialist Party people are everywhere”. You better believe it, Mr Khan!