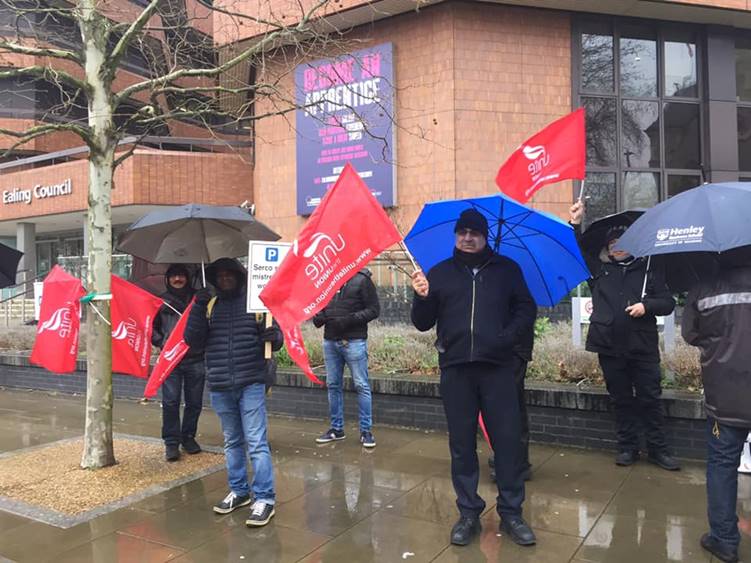 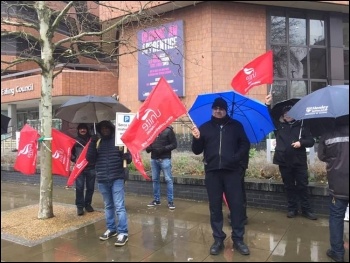 Ealing parking attendants are on strike 2-6 March, having pushed back the employer to stop redundancies. Serco wants them to work longer hours, with more responsibilities and fewer staff.

All this without any extra holiday pay – despite the fact Serco parking attendants in other boroughs do have more holiday entitlement.

For some workers who have been there over a decade, Serco is their fourth employer, and now it’s clear they want to try increase their profits off the back of the hard-working staff.

Luckily, the staff are well organised in Unite the Union. They are picketing outside their work place but also protesting outside the council offices. Striking staff are putting pressure on Ealing Labour council, which really should have come out in support of these underpaid, overworked and poorly treated workers by now.

The issues raised above are among the many reasons why it is important to fight for socialists to be in London’s City Hall. See a socialist manifesto for London and donate to the campaign for socialist policies in London’s May elections, at: www.londonsocialistparty.org.uk