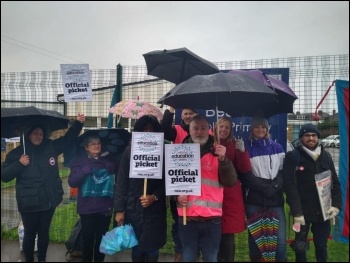 And Jeremy Corbyn sent the strikers a message of support. Next they're planning a protest march in the area.