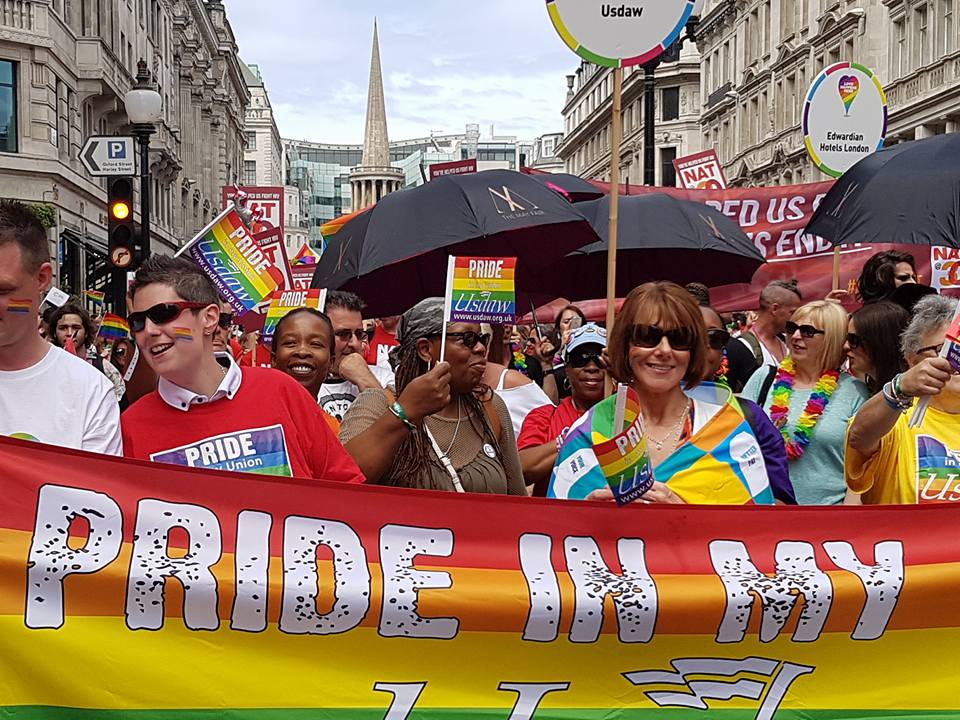 The Socialist has been contacted by Women’s Place UK (WPUK) requesting a right of reply to the article by Sarah-Sachs Eldridge ‘Labour Party and trans rights: United working-class fight needed for rights and resources for all’, which was published in issue 1074. Below we print WPUK’s contribution to the debate and a further reply by Sarah-Sachs Eldridge. 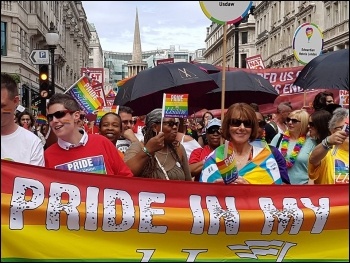 Sarah Sachs-Eldridge’s article, ‘Labour Party and trans rights: united working-class fight needed for rights and resources for all’ in the Socialist (issue 1077, 19 February) is to be welcomed, because it clearly rejects the demand for expulsions of Labour members who are active in, or support the views of, Woman’s Place UK (WPUK) and LGB Alliance.

Since WPUK was established we have been asking for a respectful debate inside the labour movement and wider society on the issues Sachs-Eldridge raises. For this we have faced a degree of harassment and abuse that is unprecedented in progressive politics.

Venues have been pressurised into cancelling bookings, our meetings have frequently been the target of angry, hostile demonstrations, and people who agree with us have been no-platformed – a tactic usually only applied against fascists.

However, we think that she gets many things wrong about the nature of WPUK.

It simply isn’t true that WPUK has nothing to say about class and austerity. Our recent conference was ignored by virtually the whole of the left, but it was attended by over 900 women who took part in discussions on sex and class, economics and feminism, racism, organising, violence against women and service provision.

A point on which we may differ with Sachs-Eldridge and comrades in the Socialist Party is that we believe it is essential for women to create their own spaces to discuss these issues. Women are disproportionately affected by austerity. It is women who are expected to provide the care that councils and central government withdraw, and it is right that they are able to draw up their own programme in discussions they control, rather than be submerged in the demands that are too often written by male-dominated groups and committees.

So, while many of us are active in a range of local and national campaigns against austerity, we make no apology for insisting that women’s voices are heard and our needs are met.

Anyone wanting a fuller understanding of what we are calling for should read our manifesto at womansplaceuk.org and make up their own minds. It clearly outlines concrete steps we believe need to be taken to address the political, economic, social and cultural oppression that women face. It’s unlikely to contain anything that supporters of the Socialist Party will disagree with.

Sachs-Eldridge says that we sow “illusions in the government’s ability to protect women’s spaces.” We think that it is entirely reasonable for campaigners to make demands on governments to offer legal protections to citizens. No one seriously believes that we shouldn’t demand that the government legislates to prevent racist violence.

In fact, it is only the activity of the anti-racist and women’s movements over many decades that has given us the existing legal protections we enjoy. We consider these as victories to be defended and extended rather than sowing illusions.

Our ambition is for clear definitions of sex and gender which aren’t based on sexist and limiting stereotypes. Yes, we do think that a change to self-identification is a challenge to the rights of women and girls as well as other people who have protected characteristics under the Equalities Act, including trans people.

WPUK will be organising more events in the coming months. We would welcome any readers of the Socialist to come along with an open mind and take part in a comradely discussion.

The Socialist Party welcomes this exchange with trade union and Labour Party members who lead Women’s Place UK (WPUK). The fight against oppression is a central question for the entire labour movement.

We hope that this debate about programme, ideas, organisation and methods of struggle will be discussed across the trade union and labour movement, without threats of bans or exclusions, in order to aid the fight against oppression in all its forms.

Opposition to all discrimination and oppression is the starting point for the Socialist Party. In its letter, WPUK says it “opposes all forms of discrimination” including “against trans people”.

The working class, because of the economic exploitation it faces, and the role it plays in the production process under capitalism, has a collective interest in ending capitalism – which is the root cause of exploitation and oppression – and has the collective power to do so.

The capitalist class, therefore, attempts to divide the working class along gender, race, religious and sexual orientation lines in order to make it easier to maintain its rule.

Unfortunately, by opposing the right to self-identification for trans people, WPUK is falling into the capitalist trap of dividing and pitting oppressed groups against each other.

The role of the trade union and labour movement is not as an arbiter of limited rights and resources, but as a mass force fighting for the full rights and needs of all workers.

This means fighting for an end to austerity, and for full public funding for services such as domestic violence refuges; ensuring, alongside the staff that run them, that these are safe spaces with adequate screening processes, sufficient trained staff and specialisation to meet different needs.

The Socialist Party supports the self-organisation of specially oppressed groups.

But we are opposed to any attempts to rigidly and permanently separate the working class along the lines of gender, sexuality or ethnicity, etc, or organisational forms that undermine the ability of the working class to struggle, including for the rights of minorities and all oppressed groups under capitalism.

Separate organisations can be a bridge to greater workers’ unity, but that is dependent on the leadership, make-up and programme of those organisations.

The WPUK letter states that “it is only the activity of the anti-racist and women’s movements over many decades that has given us the existing legal protections we enjoy”.

This completely ignores the role of the organised working class, such as the strike by women workers at Ford Dagenham in 1968, and the key effect it had in winning the Equal Pay Act. In fact, this forms part of the basis of the 2010 Equality Act.

These laws, however, are not sufficient to end oppression and discrimination as the continuation of the gender pay gap demonstrates.

As the WPKU letter states, there are many demands in the WPUK manifesto that we could support. But to “address the political, economic, social and cultural oppression of women”, it needs to show how women can win. The WPUK manifesto does not mention trade union struggle or the need to fight for a socialist alternative to the capitalism system.

The manifesto calls for “sustainable investment from national government” for support services for women and girls who are victims of violence. But how will this be achieved?

The Socialist Party calls on Labour councils to set no-cuts budgets to save domestic violence services and all the services women rely on, and to fight for the money that the Tories have stolen from local authorities in a decade of austerity.

The manifesto says: “Take action to achieve equal pay, such as compulsory equal pay audits, the collection of sex disaggregated data and better enforcement of the Equality Act 2010.”

Data is important, and we oppose cuts to its collection, but it was mass-organised strike action by low-paid women workers in Glasgow that won them the half a billion pounds in equal pay owed to them by the council. That their strike inspired solidarity action by the mostly male refuse workforce was recognised as significant by all involved.

Women are at the sharp end of austerity. It’s a fact. What we can’t agree on is that women can more effectively fight austerity alone. The UCU union is organising strikes at the moment, and their four demands include ending unequal pay. That strike would obviously be less effective if only the women members took action.

The road of exclusivity in campaigning weakens rather than strengthens women’s potential to fight their oppression.

The WPUK says its ambition is “clear definitions of sex and gender which aren’t based on sexist and limiting stereotypes”.

But the ideas that are dominant within capitalism, including gender stereotypes and sexism, cannot be overcome without building a mass workers’ movement and organisations to transform society in a socialist direction. In that way, the basis for eliminating all forms of oppression would be laid.

Our ambition is a world free of class exploitation and inequality, where a democratic socialist planned economy is able to meet the needs of all, not just the few.

Freedom of identity is a right that must be defended – but not one that can be fully realised within the confines of unequal capitalism.

The conclusion the trade union movement must draw is the need to build a movement of the working class to defend every right, service and job – and to change society.

That means drawing in all sections of the working class through a programme for action that shows that all those oppressed and exploited in this system will benefit from, and are needed, in that struggle.