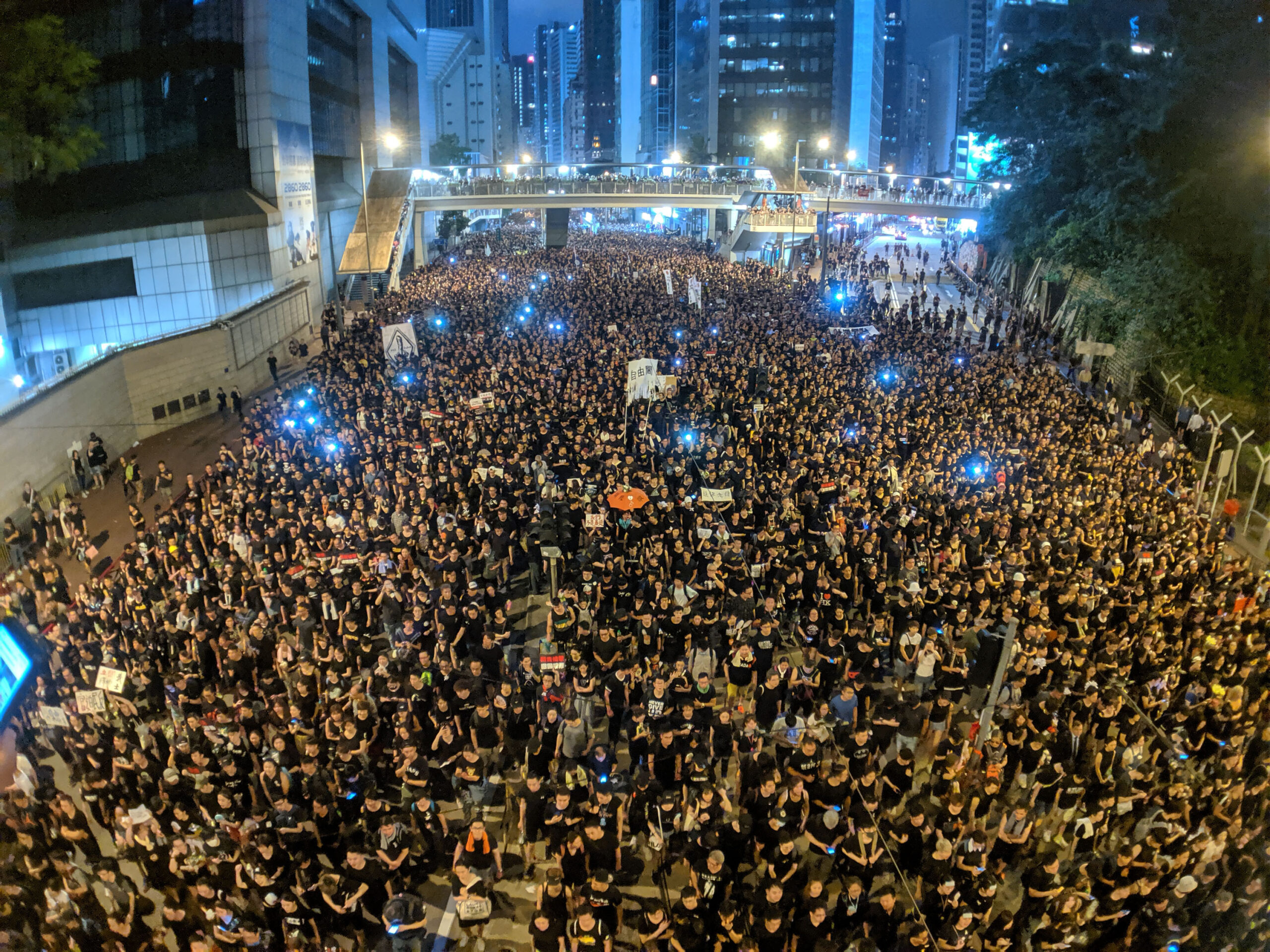 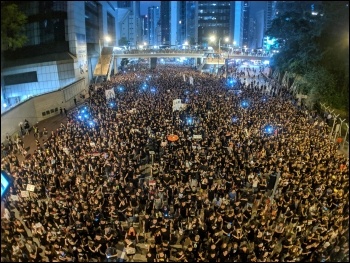 One of the many demos in Hong Kong in 2019, photo StudioIncendo   (Click to enlarge: opens in new window)

Tens of thousands of angry demonstrators poured onto the streets of Hong Kong last weekend, not only defying social-distancing regulations, but confronting police armed with tear gas, pepper spray and water cannon.

The sudden announcement by the Chinese Premier, on Friday 22 May, that this week’s National People’s Congress would approve the imposition of direct rule from Beijing, lit the fuse.

If, over the past year, the demands of the demonstrators have been for five basic democratic provisions in the territory, now the demand for complete independence from China has been heard. Any decision on this issue must be entirely up to the people of Hong Kong.

The movement needs to achieve not only the five democratic demands inscribed on its banner, but also a party that demands truly democratic socialism in Hong Kong and right across China. The US government spokespeople ooze hypocrisy when they talk of democratic rights, and should not be heeded.

How far Beijing would go in using its own troops to suppress the heroic movement in Hong Kong is difficult to predict. Not only do many western banks and companies do business in the territory, but the Chinese regime also uses it for many of its transactions with companies around the world.

But the very threat of direct rule from Beijing has sparked an angry response from the US government, with the National Security Advisor Robert O’Brien warning that the new security law could cost the city the preferential trading status it enjoys with the United States. It aggravates the already tense relations between Washington and Beijing.

The coronavirus pandemic has wreaked havoc with the world’s economies and pushed them further in the direction of protectionism and deglobalisation. A fragile truce in the renewed trade war between the US and China was signed in January of this year, before the slanging match between Donald Trump and the Chinese regime over Covid-19 began. It now looks dead in the water.

Donald Trump, with his eye on opinion polls before the presidential election this year, has found a useful scapegoat in China for the problems faced in the US.

The Chinese regime, in turn, diverts attention from initially mishandling the crisis at home by launching this attack on the ‘one country two systems’ agreement made with Britain in 1997.

But Xi senses the changed relationship of forces as his government has massively gained power and influence on the world stage.

Huge inroads have been made by Chinese companies into European markets, as well as those of Asia, Africa and Latin America, through its massive $1 trillion ‘Belt and Road’ project. China’s predominantly capitalist economy has its own very aggressive form of imperialism. Debts to China from developing countries total $350 billion, and will not be ‘forgiven’ any more than those owed to the IMF or the World Bank.

The people of Hong Kong need a party of the working class and youth that appeals for solidarity and support from workers across China. Only socialist policies geared to taking the commanding heights of all economies out of the hands of the cliques who run them today can bring hope of a peaceful, harmonious world.