From The Socialist newspaper, 2 June 2020 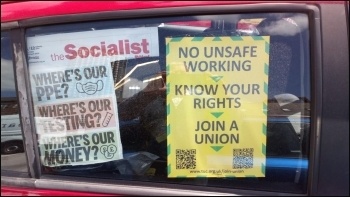