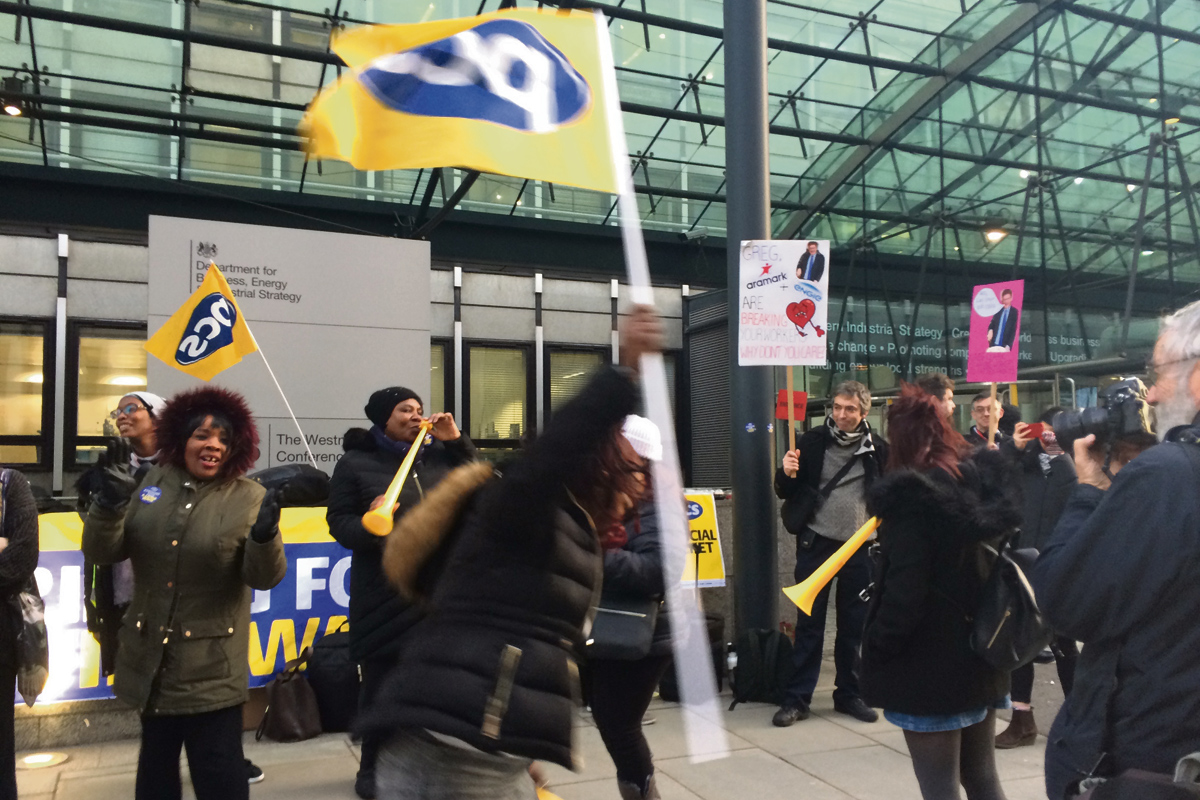 Since 2010 the pay of PCS members has been cut in real terms by over 20%. Each year the government-capped pay increases have fallen below rising prices.

PCS represents civil and public servants working for central and devolved governments, as well as private sector workers on government contracts. In 2020, the union’s pay claim was agreed at the January national executive committee (NEC) meeting was for a 10% (or £1,200 underpin) pay increase. Also included were other issues such as pensions, the civil service redundancy scheme and office closures.

Within weeks of the NEC agreeing the claim, a PCS senior officers meeting watered down the pay demand to “an above inflation increase”. This unmandated ‘interim’ claim went to the employer days before a February meeting of the NEC, which was faced with a fait accompli.

The so-called justification for this conciliatory move – welcomed by the employer as “constructive” – was the onset of the Covid-19 pandemic. Broad Left Network supporters (which Socialist Party member are a part of) on the NEC rejected this conciliatory gesture, and the arguments for it. We pointed out that PCS members are frontline key workers in dealing with the effects of the pandemic, getting badly needed financial relief to workers and their families. We argued that now was the time for the union to press its case, and for the government to recognise our members’ importance.

Despite their warm words of praise for the union’s leadership, the government’s response to the union’s scaled down demands was slow in coming, predictable, and a massive kick in the teeth. Settlements, they said, would only be allowed between 1.5%and 2.5%. Less than inflation which is at 2.6% .

So we are now back to square one. At the recent NEC meeting the original claim was reinstated. But with no campaign in the intervening period, and no real national campaign going forward, there is a risk of a further year’s pay stagnation.

A motion put to the NEC by Broad Left Network supporters called for a campaign of opposition to the government’s pay remit (cap), leading to a consultative ballot for industrial action, and raised the possibility of a statutory strike ballot. This motion was not allowed to be debated.

There is a real sense that the 2020 national campaign is being kicked into the long grass. This cannot be allowed to happen. Groups and reps will rightly criticise the NEC majority’s handling of this year’s pay campaign. But the need is to keep up the pressure for a national campaign which will deliver a fully funded, decent, well deserved and overdue pay increase for our members.