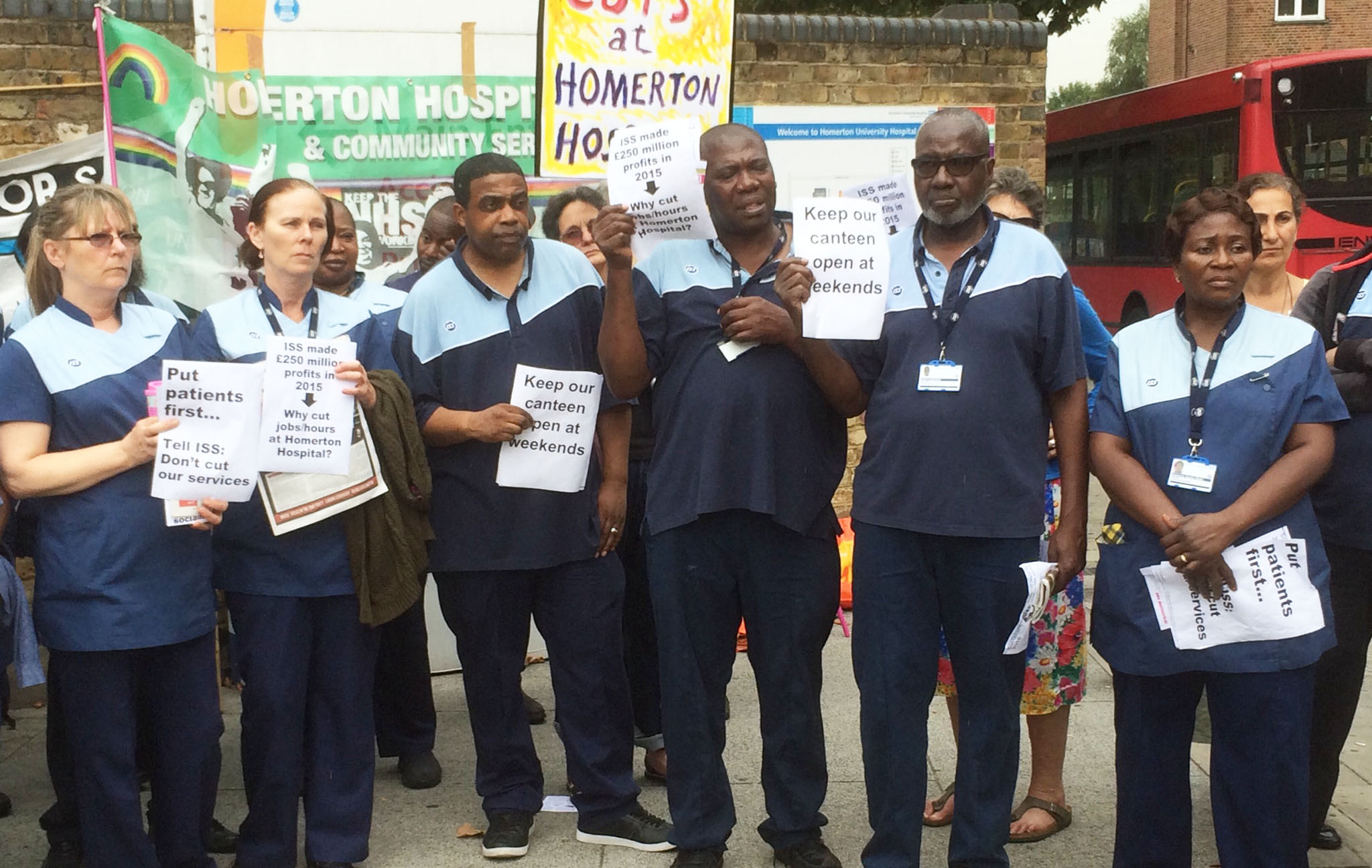 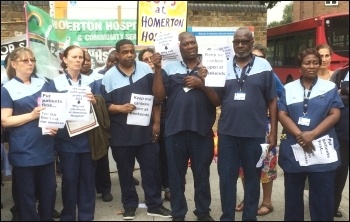 Homerton Hospital in north London has awarded its contract for cleaning, catering, portering and security back to private contractor ISS for another five years! Workers at Homerton have been fighting ISS during the pandemic for proper sick pay and better pay. Workers compelled ISS to pay workers their usual pay if forced to self-isolate, but about half of current ISS staff don’t get proper sick pay during normal periods.

A trade union petition signed by thousands of Homerton Hospital staff, patients, and members of the public, also called for ISS workers to be given full NHS rates of pay, and the conditions that go along with it, like real occupational sick pay and better annual leave.

There has been no consultation over the contract extension with the workers’ or their union Unison.

Unison is calling for the immediate withdrawal of the contract, and for a consultation to begin about provision of services currently provided by ISS. The Socialist Party says all these services should be brought back in-house with workers on trade union agreed pay and conditions.