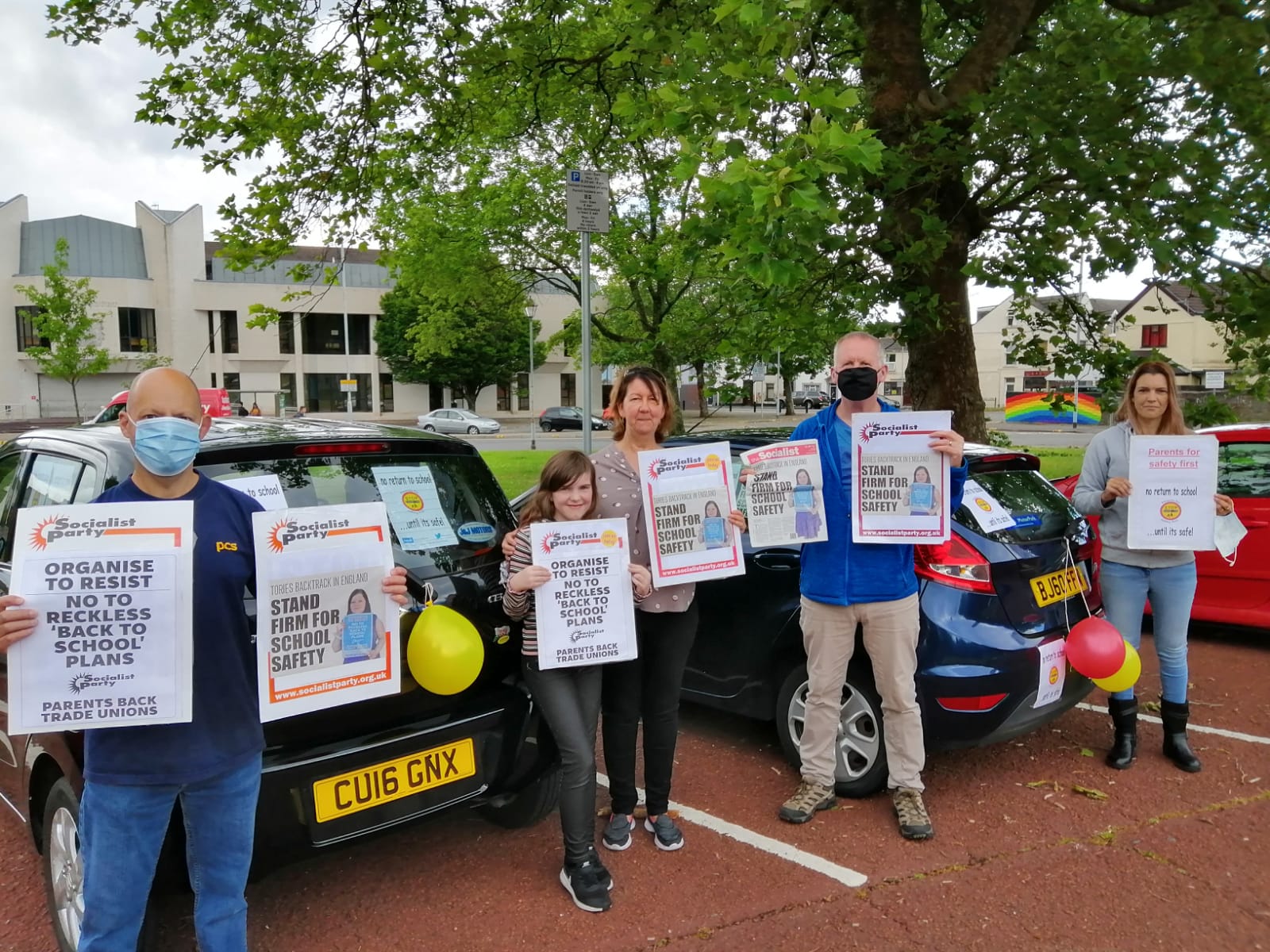 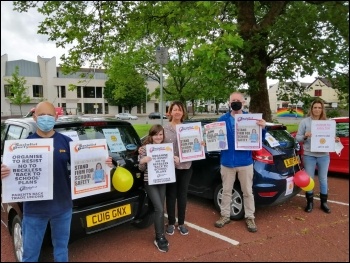 Parents for Safety First organised a cavalcade of eight cars to publicise the campaign to oppose the reopening of schools in Wales on 29 June announced by Kirsty Williams, Liberal Democrat education minister for the Welsh Government.

Many parents are frustrated and angry that the Welsh Government want to reopen schools putting pupils, school staff and our communities at risk so that big business can start making profits again. Protests also took place in Cardiff and other towns and cities.

It is not safe for children to return to school at present, the R rate is still dangerously high, testing is taking too long and tracking and tracing are not in place.

The Labour Welsh Government are under pressure for making this decision. They claim to be led by the science but they lied about PPE and they can’t be trusted with our children’s health.

No matter how good the risk assessment, and even with a maximum of a third of pupils in attendance at any one time, schools will not be able to maintain social distancing.