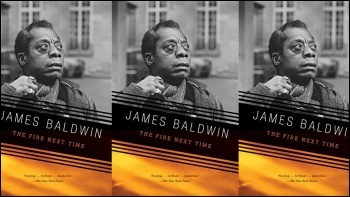 James Baldwin's 'The fire next time' is a series of short essays describing the author's experiences of being black in America in the 1950s and 60s. The essays were published in 1963, 100 years after the emancipation of slavery act. Baldwin remarks that every black American bears a name that originally belonged to the white man whose chattel he was.

He writes about his personal journey as an African-American, encountering segregation in what he calls the richest country in the world.

Baldwin faced the familiar police prejudice and victimisation even as a 13-year-old boy in New York. "Why don't you N****** stay uptown where you belong?", he was told by a policeman. Just one example of the police racism that he remembered. He developed a strong sense of injustice and rage.

Baldwin was able to articulate this rage in many of his writings. He also exposes the hypocrisy of Christianity, and how it was used in order to justify the enslavement and colonisation of the African continent.

He highlights his own conflicting experiences of attending church and teaching at Sunday school, as he tried to come to terms with his own consciousness. Reluctantly teaching the word of God, rather than telling his congregation to throw away their bibles, get off their knees, and organise a rent strike.

Turning his back on religion, he recognised the effects the liberation struggles in Africa had on the struggles of black people in the USA. At the same time, he raises the fact that western imperialism had to constantly look over its shoulder towards the Soviet Union - granting independence, but trying to hold on to its influences in the post-colonial world.

Baldwin describes the constant struggle for equality in US society in the years just before the emergence of the black civil rights movement, and the anti-Vietnam protests of the late 1960s.

He comes to the conclusion "that there would be no possibility of a real change" for black people in America without the most radical and far-reaching changes in the American political and social structure."

James Baldwin's skill was his unique ability to question the ideology that sustains American imperialism. His conclusions and observations address the same issues that confront the recent Black Lives Matter protests that we have recently witnessed in present-day US society.