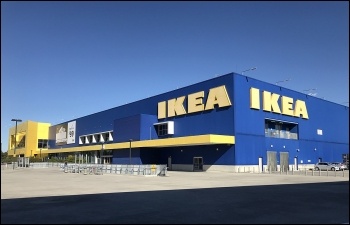 Glasgow Ikea worker, trade union rep and Usdaw executive committee member Richie Venton has been sacked for opposing the company's sick pay policy of removing wages from those forced to self-isolate with Covid-19, putting them on the measly £95 a week statutory sick pay instead.

Richie demanded full pay, and informed members of the new policy before management did. Ikea are also attempting to bring in lower absence thresholds.

Richie should be reinstated immediately, and Usdaw should not leave any stone unturned to defend him by mobilising members.

This should include protests outside Ikea stores, and, if necessary, strike action. Already, a meeting of Glasgow Ikea workers has voted unanimously to be balloted for strike action. This should be authorised by the Usdaw executive committee.