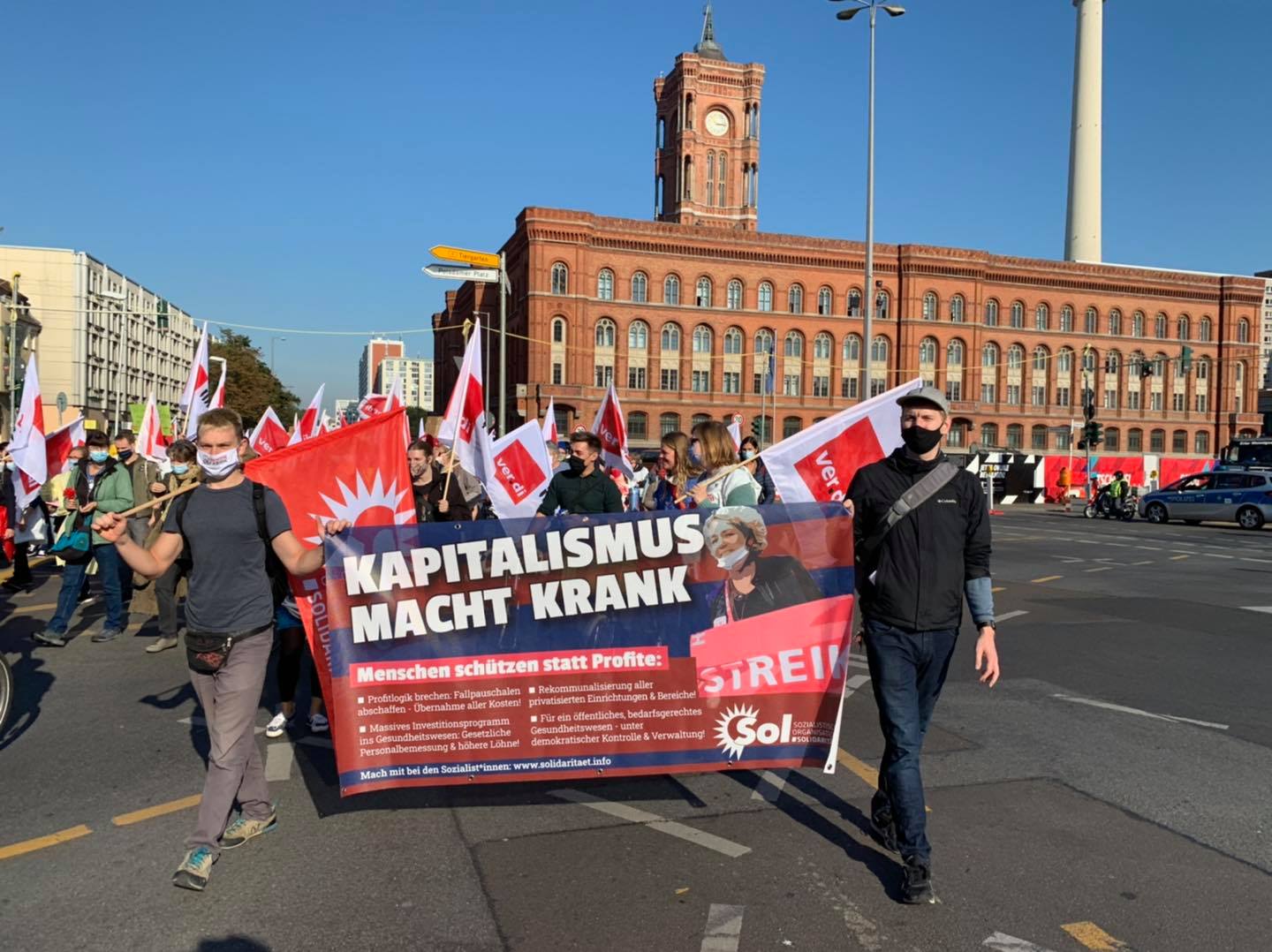 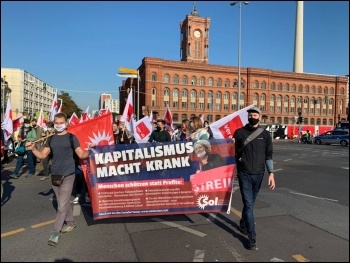 Ver.di, the public sector union, is demanding a 4.8% rise, or a minimum of €150 a month extra, for public sector workers. In the local transport sector, the dispute is over working conditions.

The mood is angry. As in other countries, only a few months ago politicians praised frontline workers, especially those staff in hospitals, care homes, kindergartens, and public transport, for their heroic work during the first Covid-19 wave. Now they say they want a pay freeze, fuelling anger.

Shortly before the bus and local train drivers were to go on strike, the representative of the employers said that the strikes are “an attack on the public”. This has had a mobilising effect on the workers – on 29 September, 90% of all bus and local train staff nationally took one day of strike action.

In the public sector, hospital workers are very angry. Over the last five years, various struggles have taken place in many hospitals, mainly on the issue of a lack of staff. Many nurses, but also cleaners and other hospital staff, are overworked and underpaid.

It was not rare for workers to raise the need for a €500 a month pay rise in discussions before the union made its formal demands. Some activists feel that the demands now on the table are not enough. While inflation is officially low, with prices for cars and other ‘big item’ purchases going down, food and rent costs are rising at a much faster rate.

There is a lot of bosses’ propaganda making the case that many workers in other sectors are threatened with job losses, and that, in the public sector, jobs are safe. This is part of the general argument by the government and bosses – that workers will have to tighten their belts because of the crisis.

Unfortunately, some of the statements by the trade union leaders are not adding clarity. While union leaders say that there needs to be recognition of the role of frontline workers – many also state that they agree that demands need to be lower because of the crisis.

Socialist Organisation Solidarity (Sol, CWI Germany) is intervening in the strikes. We argue that instead of billions being put into the pockets of big companies and the rich, there needs to be massive investment into public services – like the hospitals, kindergartens – and also ‘free’ public transport in order to limit the environmental damage caused by cars and other vehicles.

In some areas, members of Sol are at the forefront – mobilising for the strikes in their workplaces. Sol is actively helping to build a network of combative activists inside the trade unions. We argue that the trade unions need to build on the mobilisations for the current wage round.

To win these demands, while also building a general movement against the cuts that are likely to come soon, for adequate staff levels, and for an end to private profiteering in those sectors.

This is not simply a trade union struggle; the employers are representatives of all the main political parties running the local councils and public transport. The main establishment parties are coming out against the strike.

The leader of the employers’ association denouncing the strikes is an SPD (Social Democratic Party) mayor. Generally, the Left Party (Die Linke) is supporting the demands of the trade unions. However, its leaders are moving towards the right, and want to be in the next national government together with the SPD and the Greens.

Dietmar Bartsch, the leader of Die Linke in the national parliament, called the strikes “unreasonable”. He is not giving full support to the union’s demands, although he has said the employers should be prepared to make a compromise.

Bartsch’s statement has damaged the strikes. The whole of Die Linke should, in words and in action, wholeheartedly help to build support for the strike movement.