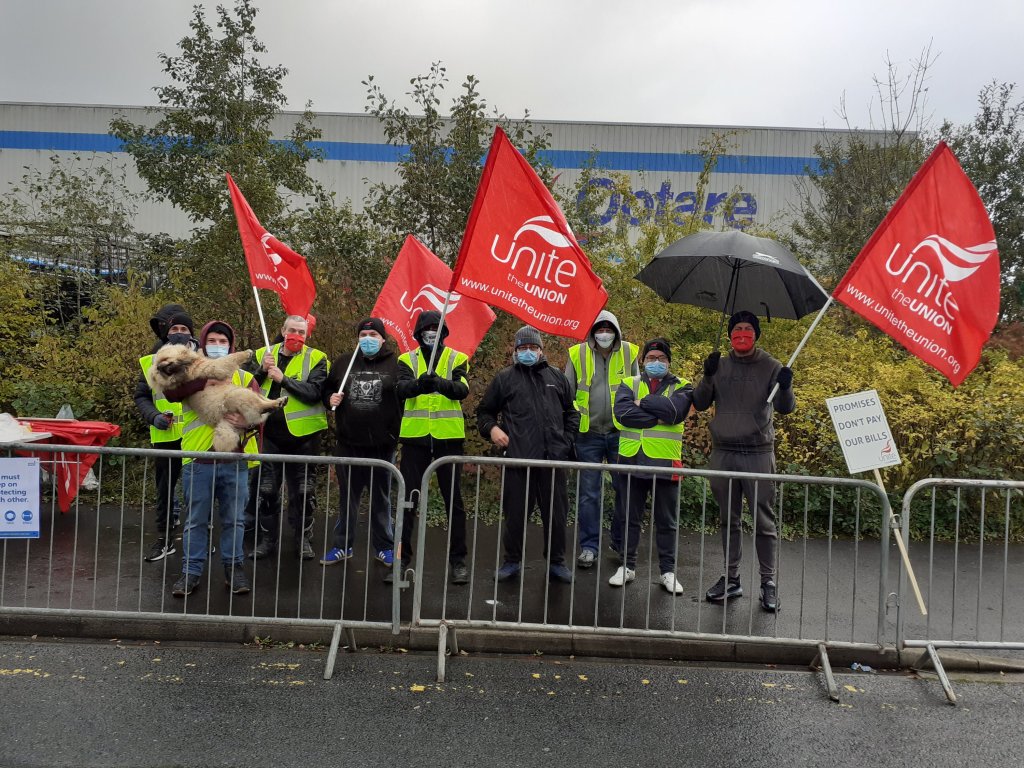 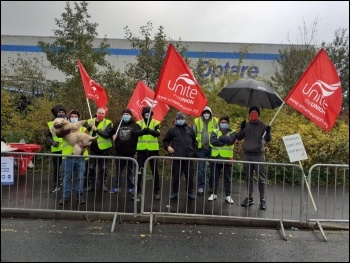 Unite members at bus manufacturer Optare, in Sherburn in Elmet, on the outskirts of Leeds, took the first strike in a series of discontinuous 48-hour strikes starting on 15 October, alongside a continuous overtime ban.

During pay negotiations in 2019, workers had been given a promise of a decent pay rise, if the company was given three more months to put a package together. Instead, the company has broken this promise to workers who are already paid below the industry standard for their skilled work.

The situation has been aggravated further by the company bringing in increased numbers of contractors to work on lines, paid at a higher rate than the in-house workforce. A number of issues around health and safety during the Covid-19 pandemic have also arisen, with workers feeling the company is failing in its duty of care to keep them safe.

Despite heavy rainfall, workers kept up the picket for over 12 hours on the first day, with a confident mood, undoubtedly influenced by around 80% of all deliveries from suppliers coming into the plant refusing to cross the picket line.

Socialist Party members will be continuing to support the strike and seeking to build solidarity in the trade union movement locally.