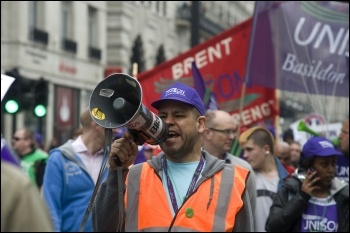 With a £66 million gap between income and expenditure, Labour-controlled Croydon Council is effectively bankrupt - politically and financially. The council has issued a section 114 notice that prohibits anything other than essential expenditure.

During a decade of austerity, Labour councils have had a choice. Fight for the resources for the services the community needs or come up with 'clever schemes' to generate income. Croydon chose the latter, making investments including a hotel, shopping centre and risky housing development.

Labour has already made deep cuts in Croydon and outsourced refuse collection, street cleaning and parks maintenance with neighbouring councils. Council chief executive Katherine Kerswell emailed all staff: "Everything that costs the council money, including our terms and conditions, will need to be considered in the search for savings."

Unison, the union representing council workers, has correctly stated it will not accept a section 114 notice as cover for attacks on members' terms and conditions and jobs. But how?

Labour councillors need to make the decision to stand up for the communities they've been elected to defend or stand aside for those who will. 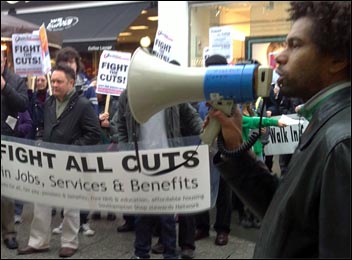 Croydon is not the only council in this situation, but looks like it's the first to crack, following years of reduced government funding and Covid 'spend whatever it takes', without sufficient funds from the government.

The Tories will no doubt call this a profligate Labour council. But this decision exposes the massive weakness of Labour councils' strategy.

Where is the pressure on Chancellor Sunak to put up the £12-15 billion that councils say is needed to end their deficits? Where is the call from the Labour frontbench to fund cash-starved councils? Why doesn't Croydon have the backing of the Labour Party to be the first council to say it refuse to make these cuts?

If Labour councillors are not prepared to take this stand at this crucial time, our union should give no more money to cutting and privatising Labour councillors. It should allow our branches to democratically decide to support candidates from the trade union and workers' movement who will fight for our jobs and services.