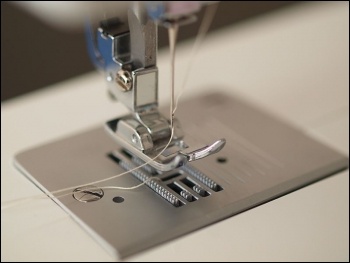 It's estimated that the fashion industry is worth £2 trillion globally and brings £30 billion a year in revenue to the UK. Yet garment workers are paid a pittance in comparison to what the big bosses are paying themselves and their shareholders. Despite countless initiatives adopted by big corporate brands to be more 'ethical', garment workers are still being treated unfairly by exploitative bosses.

Over the last decade or so, there has been a real growth in cheap and easily accessible design-inspired frocks to the public. The segment of the fashion industry dubbed 'Fast Fashion' is a highly profitable business model, established by copying catwalk trends, and mass producing them at low cost.

Factories across many of the world's poorest countries produce clothing for the UK. Workers in these industries struggle to survive on low wages, with long hours, and in unsafe working conditions. Bangladeshi garment workers are the world's worst paid, typically getting £25 a month, way below the £45 a month needed for shelter, food and education.

Factories in Leicester linked to Boohoo were found to be harbouring sweatshops and paying their employees £3.40 an hour, way below the minimum wage of £8.72. Meanwhile, Boohoo's executives have seen the company's share price skyrocket.

Sweatshops are not a new phenomenon in Britain; Friedrich Engels wrote about this in his book "The condition of the working class in England", published in 1844. Despite this book being published over one hundred years ago, little has changed. Workers are still being exploited and the only thing that has 'changed' is that the ruling class has found new ways to make it look like they are trying their best to be 'fair'.

Capitalism is the reason garment workers were, and still are, being treated unfairly. It's the reason why the Rana Plaza garment factory collapse happened in 2013, killing 1,134 people, and the reason why children are making our clothes. Garment workers need to be treated fairly, that means a living wage, access to healthcare, sick pay, maternity and paternity leave, and safety in the workplace. This means workers getting organised in trade unions, in Britain and internationally, to fight for their rights.

As long as these factories continue to be owned by individuals seeking increasing profits, exploitation of workers will continue. We need to make the demand that the workers' themselves own and control the industry by nationalising the factories under democratic workers' control and management as part of a socialist planned economy.