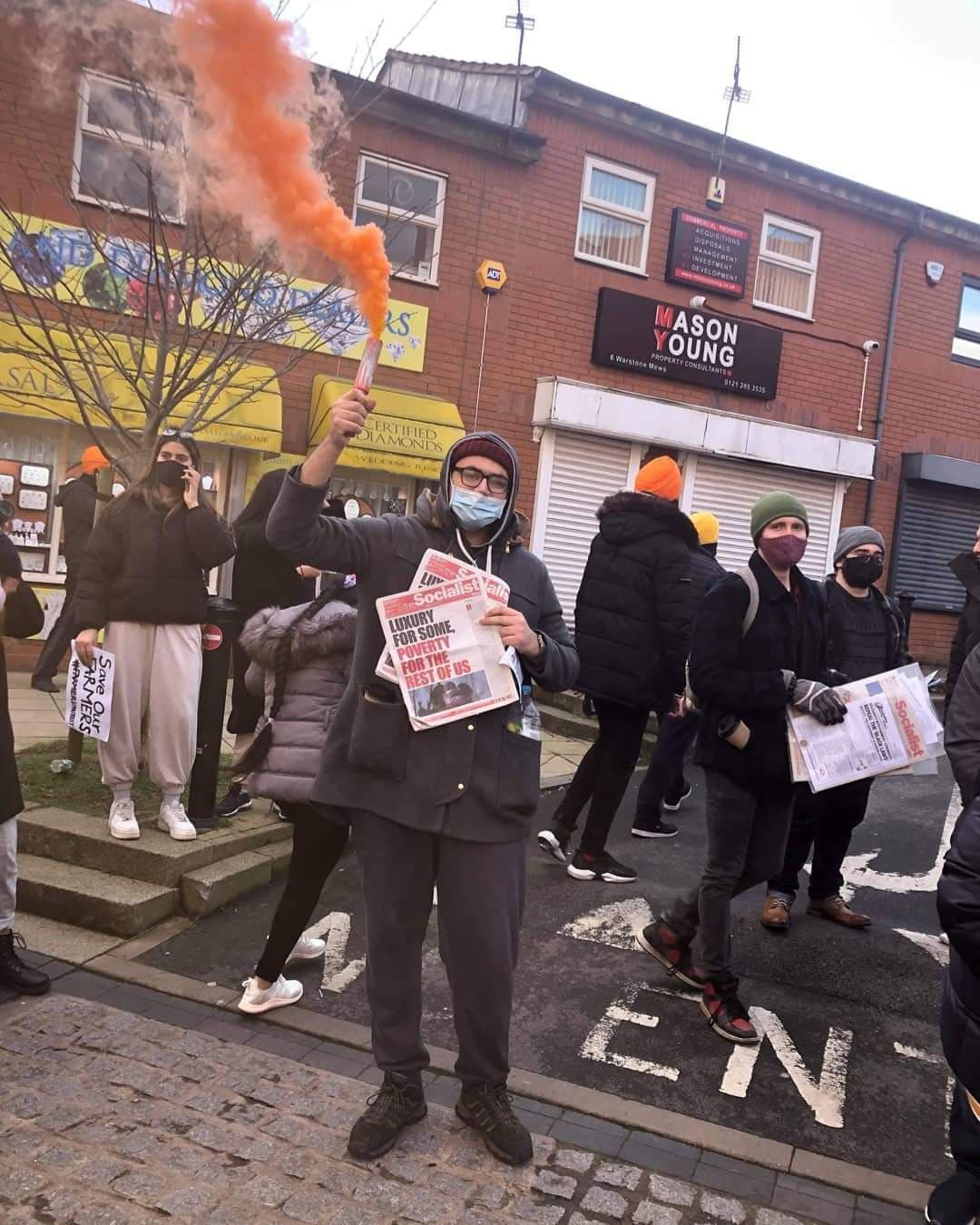 For a united struggle against the Modi regime 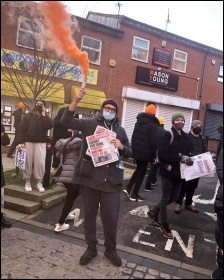 Around 300 people from the city’s Indian Sikh community turned out in Cardiff Bay on Saturday 12 December to protest in solidarity with farmers in Punjab, India, taking action against the brutal right-wing regime.

Modi, the Indian prime minister, is pushing the Farmers’ Act through parliament in an extremely undemocratic manner. These new laws will remove the minimum price that small farmers must currently be paid for their produce.

One speaker at the rally pointed out that this is akin to the UK government abolishing the minimum wage. It will drive farmers and their families into grinding poverty. Big agribusiness, in cahoots with the government, will be aiming to drive out the independent farmers, and monopolise control of the land to increase their profit margins. Farmers protesting for their livelihoods have faced brutal repression at the hands of the state.

Socialist Party members supported the protest, and our leaflets, with a statement from New Socialist Alternative, our sister party in India, were very well received. Socialist Party member Mariam Kamish spoke at the rally representing Caerphilly Trades Council, and received the loudest cheers of the day when she raised the need for cross-community, cross-ethnic struggles of the working class and poor to defeat the rule of Modi and the super-rich oligarchs.

Many of those attending the protest, and especially the young organisers, were extremely open to the ideas of socialism, and keen to discuss socialist solutions to the huge poverty and inequality in India. Several copies of the Socialist were sold, and we agreed to discuss future solidarity actions that we can take to support the struggles of Indian farmers and workers. (See more, visit socialistworld.net)

Birmingham Socialist party extended solidarity on behalf of New Socialist Alternative, our sister party in India, to a protest in support of Indian farmers on 12 December.

The Kisaan Rally was in response to the new laws passed in the Indian parliament in June which will significantly affect the farmers. The new law creates imbalance in the food market by removing subsides and price controls, without which prices can rapidly fluctuate depending on what the corporations decide.

This leaves the farmers without a safety net and basic rate of pay for their products. The new laws are anti-worker, pushed forward by the conservative Modi government.

The farmers have been protesting for a while with initial protest carried out in India. They have now spread internationally and taken place in the USA, Canada, Australia and the UK.

The protest had an amazing atmosphere. Many of the Gurdwaras (Sikh temples) across Birmingham came together and organised the protest. The streets surrounding the Indian Consulate in the Jewellery Quarter were full of protesters and cars.

We gave out leaflets to protesters and we were given food and drinks in return. The socialist material and our program were well received. We also had good dialogue with people about pushing the struggle further and extending the protests internationally.