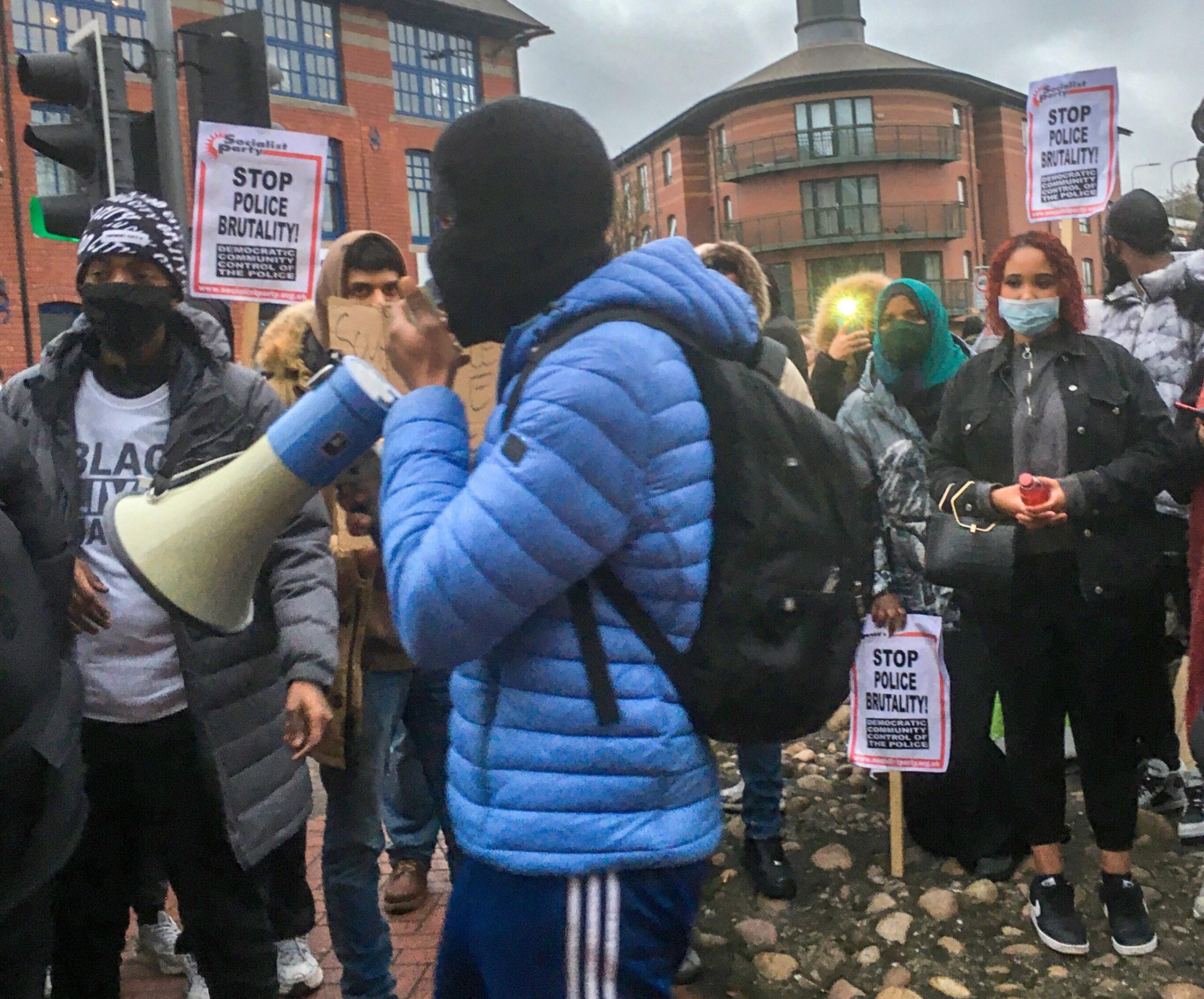 Democratic working-class control of the police 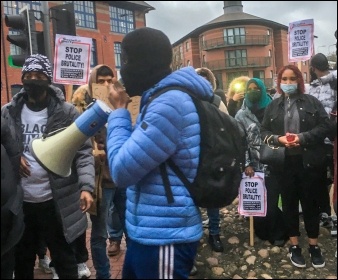 Hundreds of people have marched and rallied at Cardiff Bay police station to protest the death of Mohamud Mohammed Hassan shortly after being released from custody at the police station. Despite Covid restrictions inevitably inhibiting the turnouts, hundreds of working people from all over Cardiff demonstrated for hours for four days, as carefully as possible, at the police station, outraged at police brutality that likely led to his death.

Mohamud, a Somali-Welsh 24-year-old, was arrested on 8 January at his flat in Cardiff on suspicion of a breach of the peace. He was held at Cardiff Bay police station and, after his release without charge, returned home on the next morning with injuries. He was found dead later that day.

His aunt, Zainab Hassan, said she saw him an hour after his release: “He was released on Saturday morning with lots of wounds on his body and lots of bruises. He didn’t have these wounds when he was arrested, but when he came out of Cardiff Bay police station, he had them. Nothing we do is going to bring him back, but we will not rest for a second until we have justice.”

The police claim that there was no evidence of excessive force used against Mohamud that could have caused his death. The Independent Office for Police Conduct (IOPC) police ‘watchdog’ said: “Preliminary indications are that there is no physical trauma injury to explain a cause of death, and toxicology tests are required.”

Alun Michael, the Blairite Labour Police and Crime Commissioner, has appealed for calm and to await the outcome of the IOPC investigation. But the interim post-mortem has already found that Mohamud died with wounds and bruising on his face and arms, and injuries consistent with “impact against hard surfaces”.

People will not be calm or wait. The South Wales police force is notorious for miscarriages of justice and of racially prejudiced assaults. The IOPC has no credibility within the ethnic minority communities in Cardiff, and far from being a ‘watchdog’, is regarded as more of a guard dog for the police. Clearly the authorities are hoping that protests subside and Covid-19 restrictions will prevent a movement developing to demand justice for Mohamud.

Five hundred people gathered at a few hours’ notice in the city centre on 12 January and marched to a protest at Cardiff Bay police station. The following day, 200 people gathered again to rally there. The mood of the protesters from all ethnic backgrounds has been angry and determined, blocking the road. “Say his name – Mohamud Mohammed Hassan”, “No justice, no peace!” and “F*** the South Wales police!” have been roared at the police station.

Socialist Party members have played a prominent role, speaking at the protests. We called for the police to be held to account, and for the abolition of the toothless IOPC: “South Wales Police must be made to answer for the death of Mohamud Mohammed Hassan. We want true democratic accountability – where the police are held to account by the communities they are meant to serve”.

The Socialist Party also brought support to the protest from the trade unions in Cardiff and reminded the protest of the role that the police had played spying on anti-racist campaigns and on striking workers. The police are not neutral, but defend the rich and powerful.

The Socialist Party is calling for a movement to be established to campaign for justice for Mohamud, and for all the other miscarriages of justice carried out by Welsh police forces: the racist investigation that led to Dyfed Powys police imprisoning Siyanda Mngaza for defending herself, and the inadequate investigation into the death of Christopher Kapessa by the South Wales police.

Their campaigns must not be allowed to fade from public view with time.

As soon as word got out, the angry demonstrations showed great determination to keep fighting for justice. That determination should be gathered into an organised campaign. Some heroic individuals have come forward to call Black Lives Matter protests.

Organising regular open meetings, where activists could get involved and discuss what to do next with the campaign, would give the movement a powerful new injection of life. Calls are already being made for renewed protests if it becomes clear that the IOPC is attempting a cover up.

The Socialist Party explains that racism persists in the police because the powerful big business interests, which dominate capitalist societies like Britain, want to keep ordinary workers divided, to hinder us from uniting to challenge their monopoly of power and wealth.

That’s why Malcolm X said: “You can’t have capitalism without racism” and why the Black Panther Party committed itself to fighting for socialism.