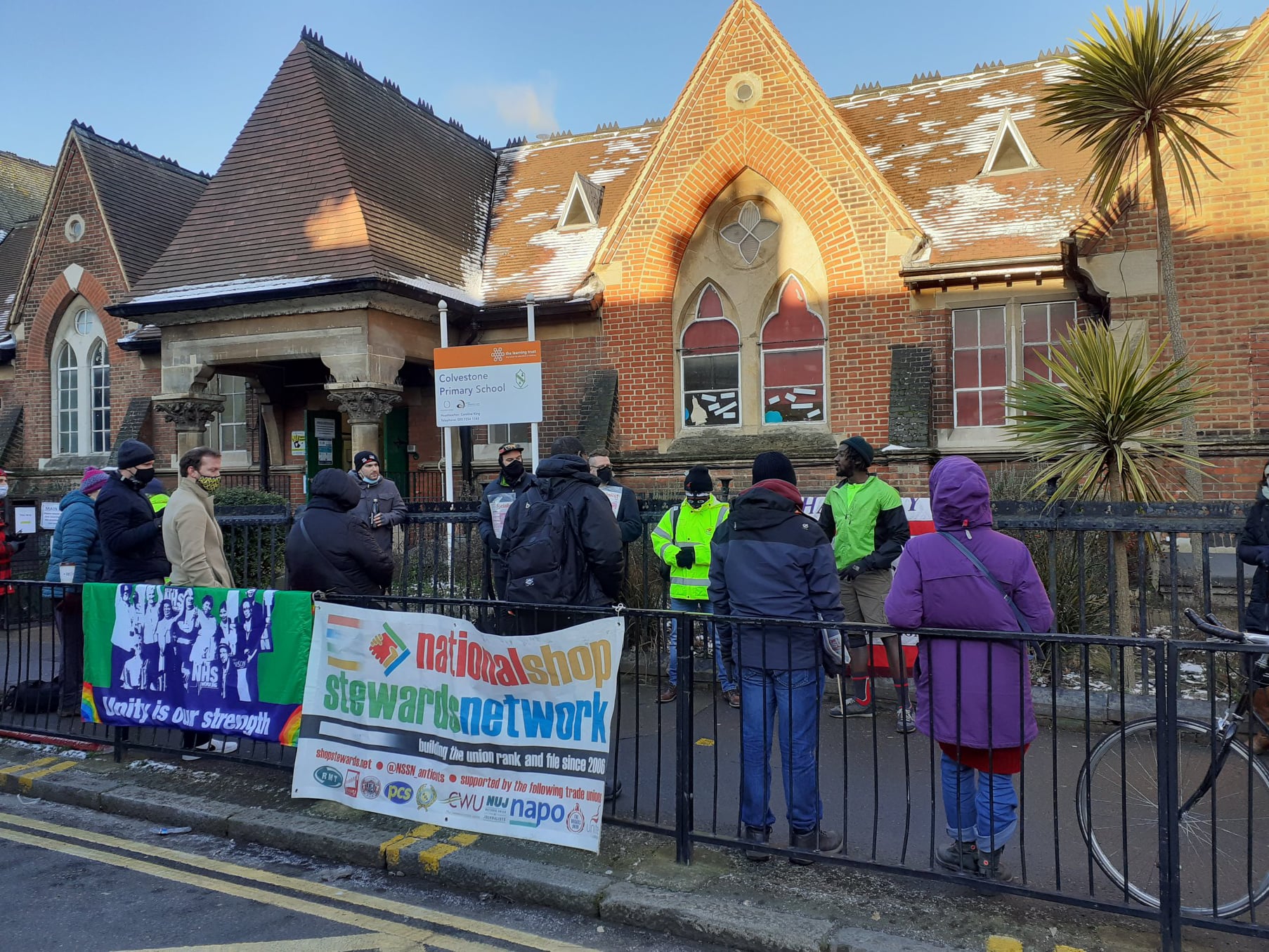 “We’re on strike because there have been forced redundancies, and the numbers of support staff at our school, Colvestone Primary, have been cut completely in half.

So this means that the children of our school, when they do eventually come back, are not going to get the support they deserve and are entitled to.

There is no way that just five staff in this school will be able to cover all those children who have special educational needs. They have the money allocated to them through statements. They won’t get the support that they deserve and is paid for.

This is just the start of it. This is going to happen across Hackney. They’ve already threatened to shut five schools within the next two years. That’s why we’re making a stand.

I’ve been made compulsorily redundant. But I’m still prepared to stand and fight to show solidarity for my colleagues who have been left behind, and who will face wage cuts and increased workloads.

That’s why I’m here today on the picket line. To stand and fight for the future education of children in Hackney.

The ‘reason’ for redundancies of support staff is the budget deficit and falling numbers of children. The governing body have a financial committee. Why have they not, before it got to this stage, looked at how they were spending money?

And furthermore, children have left Colvestone Primary to go to Shacklewell. They’ve increased their numbers, but we’ve lost children. So they need to look at why children are leaving this particular school, a small community school where every child knows every member of staff, and vice versa.

What is going wrong at Colvestone that is not at Shacklewell? It’s to do with the way the school’s managed. It’s management.

The picket line today was brilliant, absolutely fantastic. I’ll be back tomorrow and Friday.”