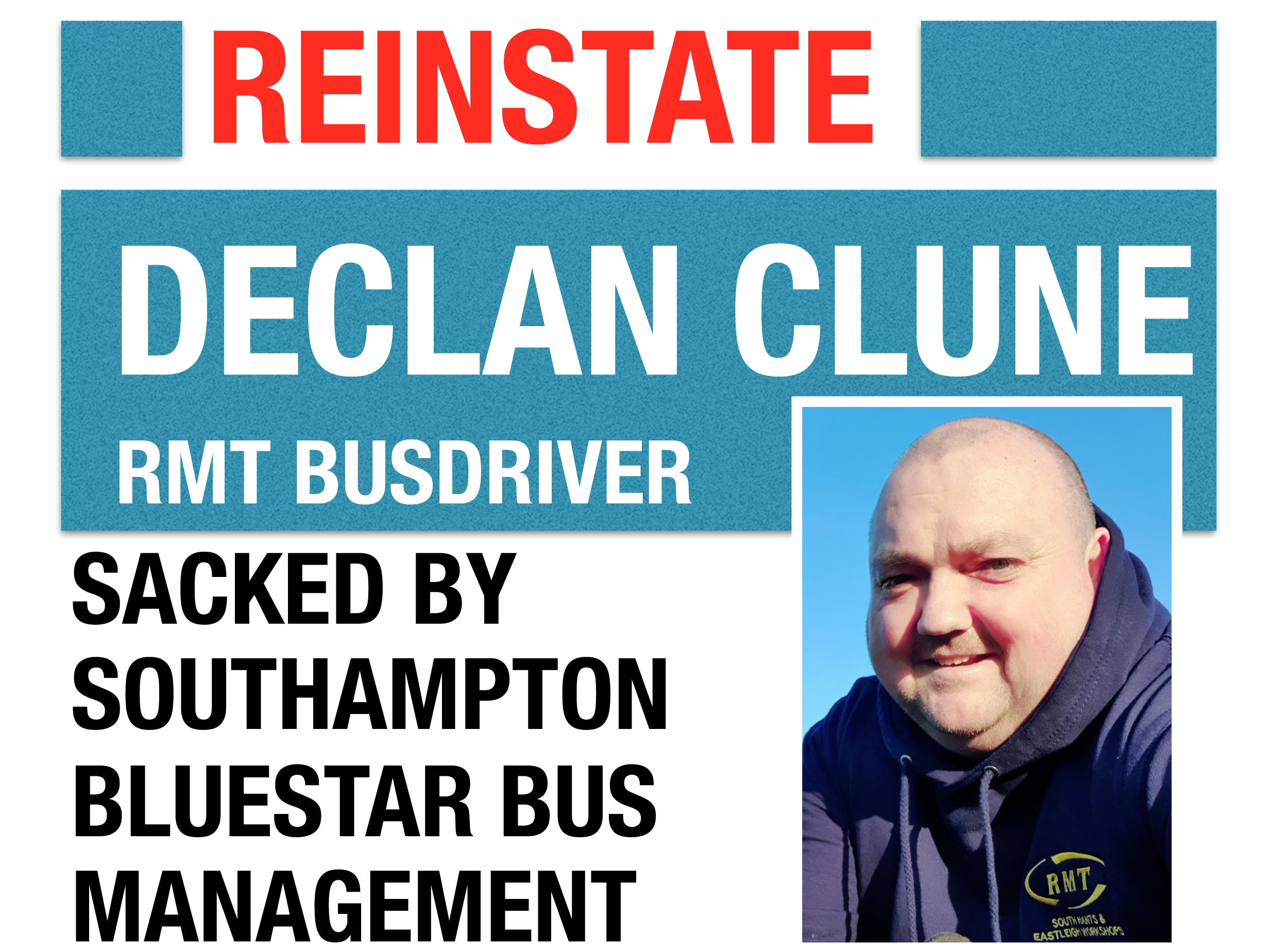 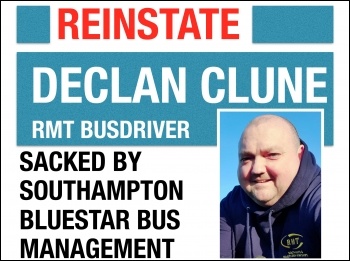 Campaign for reinstatement of Declan Clune   (Click to enlarge: opens in new window)

Declan Clune, secretary of the Southampton District Bus and Coach branch of the RMT and a Socialist Party member, was sacked on 26 February by Bluestar Bus company, on the spurious grounds of “bringing the company into disrepute”. His crime? In line with health and safety regulations, as branch secretary he reported a bus collision with a railway bridge that the company denies.

This report was entirely necessary as it became clear there had been several incidents of the bridge being struck. All attempts to get the collision dealt with by Bluestar failed. It is company policy to report all incidents of bridge strikes and this policy was adhered to by Declan once it became known that the managers at Bluestar had not followed through on their responsibilities.

This is in reality an attack by management who also want to attack wages, terms and conditions to boost their profits.

Declan and the trade union are seen as an obstacle to this agenda and Declan’s real crime is to have built the union branch and been at the forefront of a successful strike for better pay, and to have fought for the health and safety of both drivers and passengers during the Covid pandemic.

Under the cover of Covid, attacks on the trade union movement are happening up and down the country and are endemic in the bus industry.

We demand the full reinstatement of Declan to his job as a bus driver and are building support from the labour movement – an injury to one is an injury to all.

The Southampton District Bus and Coach RMT branch has passed a motion calling for the following:

Donate to Declan’s Go Fund Me campaign at https://bit.ly/3kD6Pq9

This version of this article was first posted on the Socialist Party website on 2 March 2021 and may vary slightly from the version subsequently printed in The Socialist.